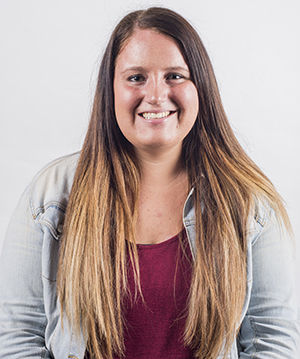 Maggie Wachtel is a sophomore journalism student and a columnist for The Kent Stater. Contact her at [email protected]

Nude pictures of Jennifer Lawrence, Kate Upton and countless other female celebrities were leaked online to a blog last week after a hacker was able to obtain the photos through the iCloud account system.

iCloud is Apple’s popular storage service that was introduced in 2012. It allows its users to store their photos, music and videos all in one place while also backing up the data every day when the Apple device is connected to a Wi-Fi network.

Historically speaking, Apple has always had favorable reviews on its products. When iCloud was first implemented in 2011, it quickly gained popularity in the Apple community. It was a big step up from Apple’s former storage service, Mobileme, which charged a $100 annual to its users.

But doubt has been cast on iCloud after hackers obtained naked pictures of celebrities through their accounts. According to Apple’s website, iCloud keeps user’s data secure by encrypting it while it’s being transferred to your device. The encryption code used is of similar security to those of large financial corporations.

The iCloud passwords are also required to be at least eight characters, and contain an upper case and lower case letter and a number. So the question stands: If Apple has such sophisticated security measures like they claim, how does a hacker manage to still gain access to accounts?

According to an article published by The Daily Mail, the answer may not lie in the strength or weakness of a password but the password recovery method. According to Apple’s website, users can reset their password by entering their username, birthday and then answering two security questions. Some of the security questions include “What is your mother’s maiden name?” or “Where was your first job?” Celebrities don’t get a lot of privacy, so it wouldn’t be that hard for a hacker to “Google” Jennifer Lawrence and Kate Upton’s security questions and find the right answers, let alone find their birthdays.

But the security questions are SUPPOSED to be easy. They’re supposed to be common knowledge answers that you can easily think of. But that’s exactly the problem in this case. If you’re a celebrity on the level of Jennifer Lawrence and Kate Upton, anyone can go online and find the answers to your not-so-complicated security questions.

Apple has since made a statement, saying the hackers weren’t targeting iCloud specifically, only certain accounts. Just because the hackers didn’t target the entire system this time doesn’t mean they can’t in the future.

Apple’s weak security makes me questions whether they do enough to prevent situations like this from happening to begin with. It’s not just about pictures. Hackers could obtain other information by hacking iCloud, including your email, phone contacts, and calendars. It’s obvious that changes need to be made before something like this happens again.