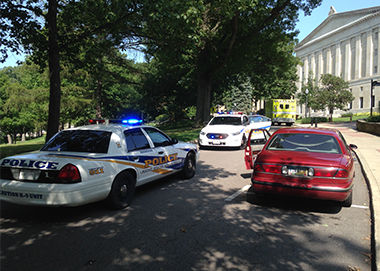 Dispatcher Paul Rothenbacher from Kent State University Police said the department received a call requesting a police officer and an ambulance to a location outside Cartwright Hall on Hilltop Drive.

Rothenbacher said there were three individuals involved, a male and two females, but could not give any further information as the incident is under investigation.

Matt Merchant is the editor of Kentwired.com and the summer Kent Stater. Contact him at [email protected]