Opinion: The future of robots 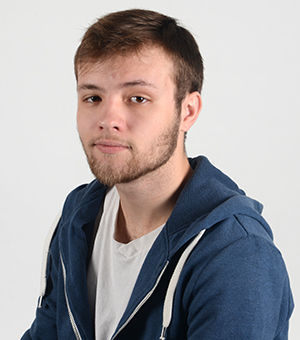 Albert Fisler is a junior English major and a columnist for The Kent Stater. Contact him at [email protected]

From science fiction movies, novels and television shows, humanoid robots have been a fantastic archetype when envisioning the future. However, with new research and technologies, the day of the personal robot may be closer than you think.

In science fiction throughout the ages, robots have been portrayed as helpful assistants or rivals of humanity, hell-bent on wiping humans from the face of the Earth. Recently, according to BBC News, universities Cornell, Brown, Stanford and California, with support from Google and Microsoft, have teamed together to collaborate on a new project called, “Robo Brain.” This project, designed to “learn” skills and knowledge from the Internet, includes gathering information from sources that include YouTube and various how-to manuals. This information is then stored on a cloud for other robots to access whenever they encounter a related situation or object in daily life. However, what makes “Robo Brain” unique is that it continues to build up its skills and information from the Internet and has the ability to learn on its own, rather than being programmed by humans.

“Robo Brain” not only helps robots recognize objects, but also helps them understand how they are used. It also helps the robots understand human language and behavior. According to BBC News, a robot accessing “Robo Brain” would be able to recognize a coffee mug, as well as understanding what it’s used for and how it is used. Combined with its understanding of human behavior, a robot would know to stay out of your line of vision while you’re watching television.

As astounding as this new project sounds, it also has some potential for danger in the future. Scientists predict humanoid robots appearing in households within the next 10 years to help with the elderly or disabled. And as time goes on, robots will only become more familiar in houses, businesses or even on the streets. But with their vast access of information, who is to say people won’t use their robot for devious purposes? Is it possible to imagine people using their robot to commit crimes? And if such a situation were to occur, who would be punished and how? The rational fear of robots acting malevolent on their own may still be further into the future, but any sinister human with the help of developing robots may be something to watch out for.