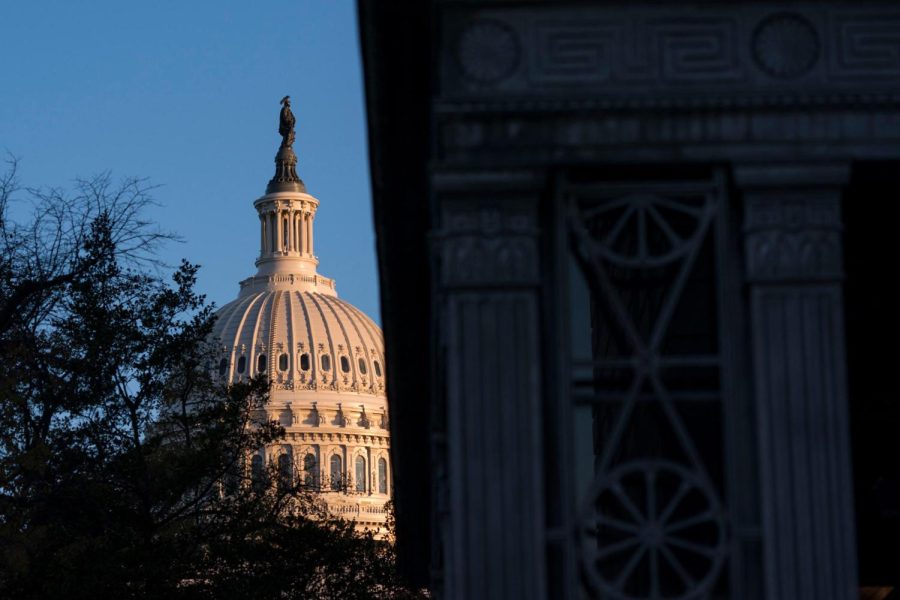 WASHINGTON, DC - NOVEMBER 13: The Capitol dome is seen early Wednesday morning before Amb. William Taylor And Deputy Assistant Secretary Of State George Kent testify at the first public impeachment hearing before the House Intelligence Committee on Capitol Hill November 13, 2019 in Washington, DC. In the first public impeachment hearings in more than two decades, House Democrats are trying to build a case that President Donald Trump committed extortion, bribery or coercion by trying to enlist Ukraine to investigate his political rival in exchange for military aide and a White House meeting that Ukraine President Volodymyr Zelensky sought with Trump. (Photo by Sarah Silbiger/Getty Images)

(CNN) — House Speaker Nancy Pelosi and Senate Majority Leader Chuck Schumer announced on Friday that the body of US Capitol Police Officer Brian D. Sicknick will lie in honor in the Capitol Rotunda.

Sicknick died after being hit in the head with a fire extinguisher during the hours-long fight for control of the US Capitol on January 6.

According to a news release, a ceremonial arrival will take place at 9:30 p.m. ET on Tuesday at the East Front of the Capitol. A viewing period will begin at 10 p.m. for members of the US Capitol Police and continue overnight.

Sicknick’s family released a statement on Saturday thanking “congressional leadership for bestowing this historic honor on our fallen American hero.”

“We also wish to express our appreciation to the millions of people who have offered their support and sympathies during this difficult time. Knowing our personal tragedy and loss is shared by our nation brings hope for healing,” read the statement.

The move comes after multiple lawmakers had called for Sicknick to be honored at the Capitol.

Two Republicans from South Carolina had introduced a bill that would allow Sicknick to lie in honor at the Capitol before his burial at Arlington National Cemetery.

Rep. Ralph Norman and Sen. Tim Scott introduced the legislation Thursday. If passed, a plaque would be placed in the Capitol in memory of Sicknick and would allow the House Sergeant at Arms to pay for Sicknick’s funeral services.

The union representing rank-and-file officers “welcome(s) the proposal,” which would need to pass with unanimous consent.

“Officer Sicknick died because he put the lives of Members of Congress and their staff before his own safety — he did his duty,” said Gus Papathanasiou, president of the union representing rank-and-file officers. “We should commemorate his life and service with respect and dignity.”

Lying in state is typically reserved for leaders of American government, but two US Capitol Police officers shot to death in 1998 were the first private citizens to lie in honor at the Capitol. Norman was seeking to uphold that precedent for Sicknick.

“The attacks at the Capitol on January 6th show us that, now more than ever, we must support our police,” Norman said in a statement. “Just as U.S. Capitol Police put themselves in harm’s way last week to protect the seat of American democracy, the same selflessness and sacrifice is made every day by law enforcement officers across our nation. Each of them deserves our honor and support.”

This story has been updated with a statement from Sicknick’s family.