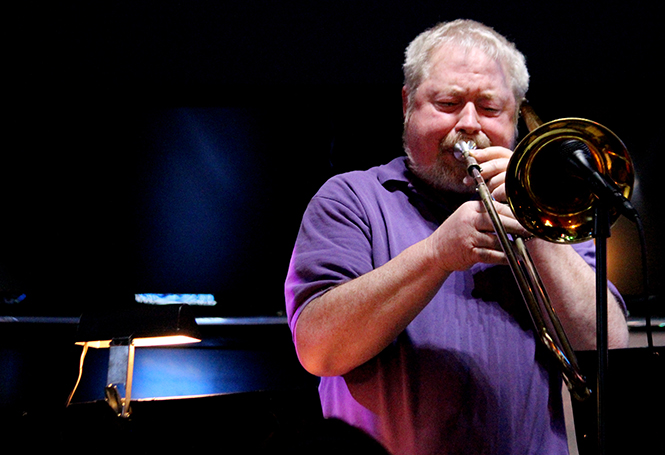 With new restaurants and attractions recently opening in Kent, one thing in the city has stayed consistent: the live music scene.

There are more than 10 concert venues, bars and restaurants in Kent that offer live music shows. Some venues have shows every night.

Tom Simpson, owner of The Kent Stage, said the rise in live music venues is a comeback for Kent.

“Back a long time ago, Kent used to have a really happening music scene with a number of places that had live shows,” Simpson said. “It sounds like we’re getting to that place again.”

Simpson said he thinks live shows are popular among college students because of the environment and experience.

“It’s a lot different from just sitting around with headphones on,” Simpson said. “You’re in an environment with like-minded people who listen to the same artists and like to have a good time.”

The Kent Stage and The Outpost Concert Club are the only two places in Kent that are strictly concert venues. Other places such as Bar 145 or Stone Tavern combine a bar and restaurant with live music shows.

Simpson said he thinks the variety of venues could benefit any specific place.

“The cool thing is that someone can come here [The Kent Stage] for a concert, then walk to the bars after to get a drink and see a whole new music set,” Simpson said. “We all kind of complement each other.”

Joe Casamento, talent booker for The Outpost Concert Club, said he thinks the variety of music genres is what attracts students to live shows.

“Most of the live music downtown is cover bands or pop music, Outpost does a lot of rock and metal and the Kent Stage has just about everything,” Casamento said. “The good thing is that there isn’t much competition because each place has different types of music being played.”

Simpson said that with so many music venues in Kent, The Kent Stage distinguishes itself by bringing in acts from around the world.

“Everyone else seems to focus on local things and smaller acts, but here we bring national and international artists,” Simpson said. “We’re known around the country for what we do.”

“We have local bands here, but we tie them in with touring groups,”

DelBene said. “We’ve had 11 bands play here in one weekend, and each is from a different area with a different sound.”

Casamento said he thinks the live music scene in Kent will continue to thrive because of the age group it reaches.

“College kids are definitely attracted to live music because of the atmosphere,” Casamento said. “Shows around here happen almost every night, and I think that will keep up.”