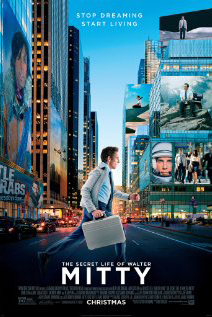 Ben Stiller is not known for his depth and wide acting range. In fact, it could be said he only plays two characters — the smart-ass somewhat uptight roles, and the complete opposite, like Derek Zoolander. While a “Zoolander” sequel is currently in production, Stiller’s 2013 directorial venture, “The Secret Life of Walter Mitty” drops on DVD and Blu-ray next week.

Stiller plays the socially awkward Walter Mitty, who admittedly doesn’t get out much. Aside from working with photos at Time magazine as negative assets manager, the only place Mitty goes is on fantasy adventures in his mind, which displace him in the middle of conversions. Though the film fell short of the hype critically,(it was originally anticipated to be a serious Academy Award contender), it is definitely one of last year’s most visually stunning and memorable films. Stiller is great in his understated performance and the various fantasy sequences.