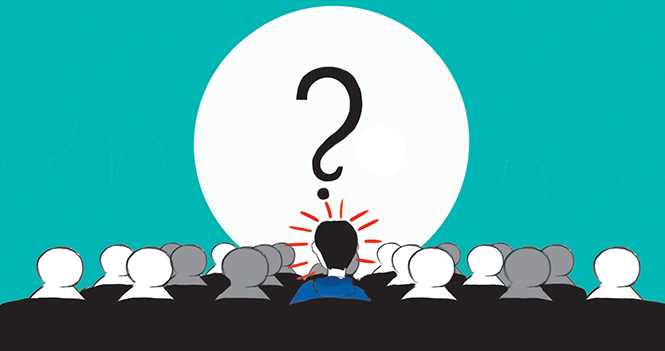 Final exams start next week for Kent State students and some are finding that studying for large-sized classes are more difficult than small classes.

Daniel Volosov, a senior marketing major, said because graduation is coming up, he has found he has a more difficult time staying focused on studying.

“To be honest, staying focused has become tougher,” Volosov said. “I still have a few classes left, but ended up saving some of the hardest for last. It’s best to make sure you get your general classes out of the way as early as possible.”

By general, harder classes, Volosov is referring to Kent Core classes that are held in lecture halls. These are classes students might be tempted to put off as long as possible because they’re in subjects unrelated to their major and might not hold their interest the same way. Volosov said the larger classes are hard for him, especially those that didn’t pertain to his major.

Many of the pre-requisite and Kent Core classes offered by Kent State are held in large lecture halls with a large amount of students because a majority of the undergraduate students are required to take them. Some students feel these large classes are harder to learn in because they are less personalized and intimate. Another issue presented in large classes is that many professors are foreign. Kent State is home to faculty and staff from six different continents.

“Those [large classes] have been some of the hardest ones,” Volosov said. “They have teachers that can be hard to understand and it doesn’t help that those classes are not even my choice of study.”

Volosov said he got lucky as a senior because most of his classes at that level are smaller and more personal.

“I have less [large lectures] than in previous years,” Volosov said. “Business classes are usually in large classrooms with easily over 100 students each. This year, most of my classes are reasonably sized.”

With hundreds of undergraduate courses being offered in all colleges with multiple sections open, there are still many large classes students are required to take, including Principles of Microeconomics, Principles of Macroeconomics, General Psychology and Introduction to Sociology.

Not all students struggle with large classes. Some students put the blame on themselves, rather than the environment.

Isaac Barry, a junior accounting major, said his issues were of his own doing.

“There is no personalization [in large classes],” Barry said. “But [I struggled] due to me not taking initiative.”

Barry said he did not prepare for the finals, which he said he believed is why he struggled, not due to the large class size.

Seleina Baker, a junior psychology major, said the key for her to do well in a large class is to treat it like a small class.

“Three of my classes have more than 100 people and they are upper division courses,” Baker said. “I don’t think I have really struggled in a large class because I make sure I get to know my professor and study the same way I would in a small class.”

When preparing for finals, Baker said she tries to study a chapter a night the week leading up to the finals.

Baker said she treats the large lectures like a small class because she still needs to learn the information and she said she doesn’t think the class size should affect that.

For students struggling in lectures or harder classes and feel that they need extra preparation before finals, help is available at Kent State’s Supplemental Instruction with personalized study material for each class and professor.