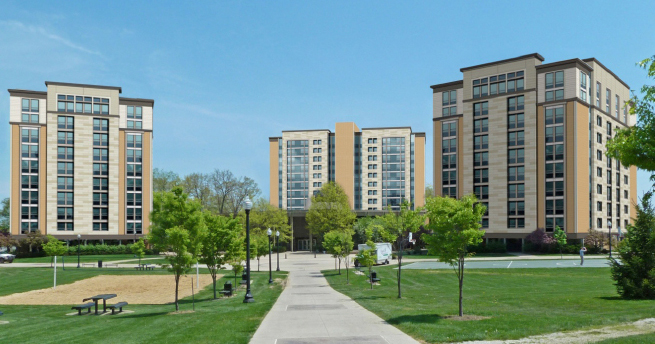 Construction and renovations are currently taking place at Koonce Hall, and some students are having a difficult time concentrating and living with it.

Junior earth science major Hunter Riggs said he has had to live through construction and renovations on his residence hall for two years.

“I got to live through this last year in Wright Hall,” he said. “And it was pretty much just as bad as it is now.”

Riggs said the construction itself can be very distracting and very loud.

“When they’re working right outside the wall where you live, it’s really, really loud,” he said. “Like you can’t even hear yourself talk, kind of loud.”

Riggs said that living with the constant construction can be a huge hassle and can make focusing on schoolwork difficult.

“I get to wake up to construction and go to class,” he said. “I get to come back to my room and try to focus on class work or whatever I want to do and still listen to construction. It makes focusing on work hard when it’s something that really needs my attention.”

Michael Volpe, another Koonce Hall resident and sophomore nursing major, said the construction has a very big effect on his schoolwork.

“I’m a nursing major, so I have to read a lot every day,” Volpe said. “It takes me probably about three times as long when I have to work with the constant drills.”

Volpe said he lives on the second floor, so he not only has to worry about the noise of the construction, but also the workers.

Riggs said he had intended on staying in Wright Hall after going through the renovations, but it just didn’t work out.

“I didn’t live in Wright Hall this year because a friend of mine bailed on me right before the school year started,” Riggs said. “I ended up being put with a random person in Koonce Hall even though that’s not where I wanted to live.”

The constant construction has even moved him away from living on campus next year, Riggs said.

“I want to live off campus; I’m done with the dorm life,” Riggs said. “Living in construction two years in a row definitely had an impact on me.”

Volpe said the students who live through the construction should be given something in return for the inconvenience.

“I think maybe a slight price reduction for the people living in the dorms under construction would be nice,” he said.

According to Kent State’s website, construction on Koonce Hall and Leebrick Hall will begin in Spring 2014 and finish at the end of the summer, just in time for the Fall 2014 semester.

The construction to Koonce Hall is just one of many projects Kent State is currently planning.