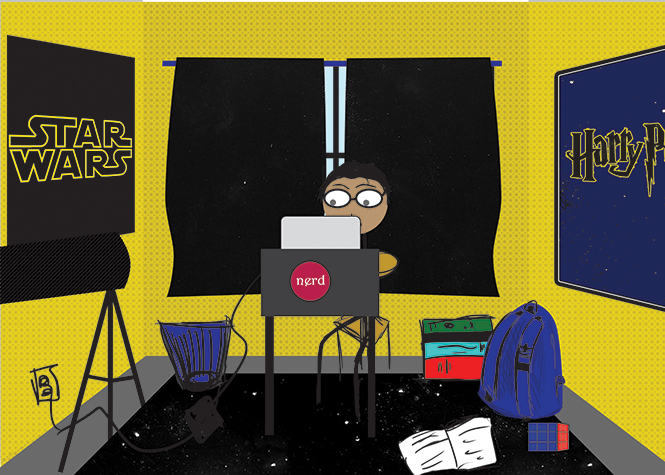 Molly Pfeil’s love for My Little Pony goes back to the summer of 2011, months before she started her first year at Kent State University. Her investment in the children’s show is how she made several of her friends at the start of her first semester at Kent, and it motivated her to start up the group Kent State Bronies and Pegasisters.

The organization started out as a Facebook group and quickly began to gain a following.

“At the time, we thought 27 was a lot of people,” said Pfeil, junior visual communication design major. “Now we’re up to over a hundred.”

While My Little Pony’s target audience isn’t young adults like Pfeil, it still garners a following from young men and women. This isn’t something completely new, however. Media intended for children and teenagers have been gaining a fan following from students such as Pfeil.

“This phenomenon has more to do with how media that traditionally was only considered appropriate or suitable for children has become much more mature and sophisticated in recent years,” said Matthew Shank, an associate lecturer for the department of English at Kent State. “Some of the best, most compelling stories being created today are in the ‘young adult’ genre, and that’s what attracts a lot of college students.”

My Little Pony isn’t the only aspect of “nerd culture” at Kent State. There is a large following of students who play games such as Pokémon, Magic: The Gathering, Yu-Gi-Oh! and Dungeons and Dragons. In Dungeons and Dragons, one person called the dungeon master narrates a story while each person playing takes on the persona of a different character.

“Everyone works together to get through the story together,” Pfeil said.

There are also students who participate in cosplay. Freshman VCD major Andrea Barker defines cosplay as dressing up like your favorite character or persona from any sort of culture or media. Barker first began cosplaying in the eighth grade.

“My cousin and my friend got me involved in it because my cousin cosplays a lot,” Barker said. “My best friend got me into anime, and then we got interested in conventions.”

Barker’s hobby has continued through to college, and she plans on attending Colossalcon this summer with two of her friends.

Colassalcon takes place every year in June in Sandusky. In addition to dressing up as a fictional character, guests can attend various programming, such as panels and fan meetups. They can also play videogames, watch anime and attend dances, photo shoots and even a formal ball.

“I’ve always loved the Japanese culture, and I love to dress up,” Barker said. “It’s like Halloween every day for me. My friends know me to be really shy – they’ve never seen me at a convention. I’m outgoing as heck.”

“I made a lot of friends through [My Little Pony],” Pfeil said. “It’s a really awesome thing. We just hang out, watch ponies and play games.”