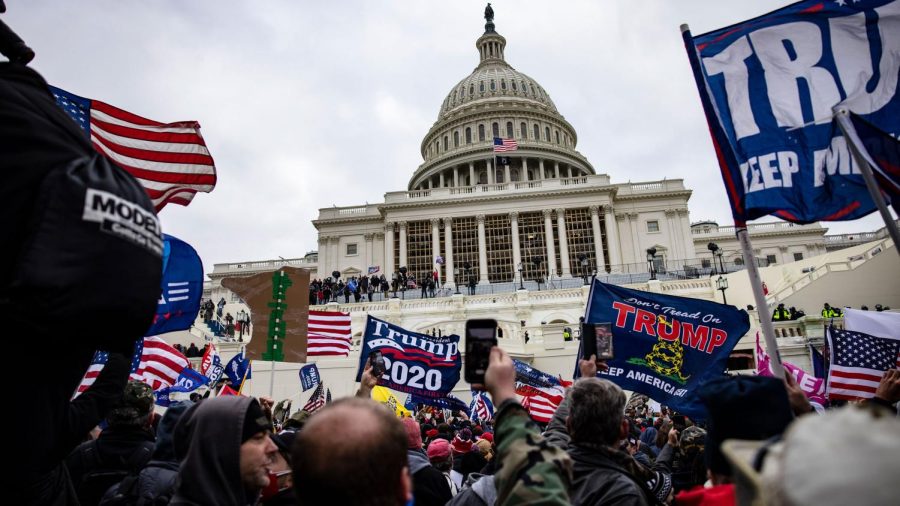 Trump supporters gathered in the nation's capital today to protest the ratification of President-elect Joe Biden's Electoral College victory over President Trump in the 2020 election.

(CNN) — At least 150 people have now been charged by federal prosecutors in connection with the January 6 insurrection at the Capitol, according to a CNN review of court records and Justice Department announcements.

The milestone of 150 charged in the riot comes less than a day after the US House transmitted to the Senate an article of impeachment against former President Donald Trump for inciting insurrection. Trump will now face a trial in the same Senate chamber that rioters — aiming to stop Congress’ certification of President Joe Biden’s electoral win — breached minutes after members of the Senate had been hurried to safety.

While Congress is still reeling and grappling with the insurrection, the law enforcement effort is still in its beginning stages, having fanned out across the country in the largest domestic terrorism investigation since September 11, 2001.

It’s been just under three weeks since the riot, but federal prosecutors and law enforcement continue to identify, arrest and charge individuals they say were part of it. The dragnet has stretched across the country, with arrests in Florida, California, New Hampshire and Hawaii.

Many of the at least 150 defendants that CNN has identified have been charged with entering a restricted building without lawful authority and violent entry and disorderly conduct in the Capitol. The more serious charges have ranged from theft of government property, conspiracy, interstate threats, to assault on law enforcement.

The FBI, on January 18, said it has received well over 200,000 tips about the riot and FBI Director Christopher Wray said earlier this month that the agency has identified over 200 people that participated in the riot.

Law enforcement officials have told CNN they expect hundreds of more riot participants to be arrested in the future. But they also say investigators have begun to focus on the more complex cases, like extremist groups that participated in the attack, and less on the low-hanging fruit arrests and charges.

Those officials also believe the complex investigations will likely take months to try to piece together, in part, because many attackers took pains to hide their identities and their involvement.

The cases that have resulted in arrests already are progressing slowly, with many of the defendants going before federal judges in their home states before they move to Washington, DC. There’s a bottleneck as well in the DC federal court, and many haven’t yet seen a judge or had their charges formally indicted. The Justice Department has agreed to let many of the defendants be released as they await trials, with various restrictions including stay-away-orders from DC.

A few defendants, such as men who allegedly threatened to kill lawmakers or brought bombs to the Capitol, will stay in detention, judges have ruled, and a handful are sitting in jail as federal judges review their detention decisions.

Over the course of the riot, prosecutors say approximately 81 Capitol Police and 58 DC Metro police officers were assaulted. Capitol Hill officer Brian Sicknick died responding to the riot, “due to injuries sustained while on-duty,” according to a Capitol Police statement.

Notably, at this early stage, absent among the charges that have been filed against the riot participants are sedition or insurrection. The US attorney in DC previously said his team is looking into those charges.

Prosecutors have also not yet brought any charges related to Sicknick’s death or regarding two pipe bombs outside of Republican and Democratic party headquarters buildings.

The flurry of arrests and charges takes place against the backdrop of the new Biden administration beginning to take the reins of the Justice Department, which could speak to their continued absence.

Sedition is a Civil War-era law that brings up to 20-year penalties for plotting to overthrow the US government and to use force to oppose US government authority or to delay the execution of a US law. Last summer, amid street protests following the police killing of George Floyd, then-Attorney General William Barr encouraged federal prosecutors to use the law against leftist protesters, a move that no one made.