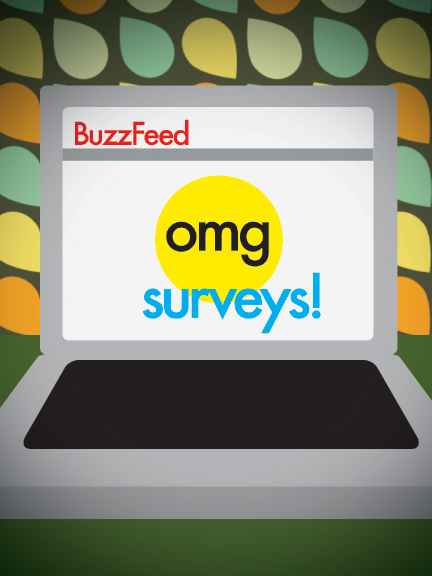 Which “House of Cards” character are you? What should your college major actually be? Where should you really live?

Buzzfeed, a social news and entertainment website, offers a variety of quizzes asking questions ranging from “Which Generation Do You Actually Belong in?” to “What Would Be Your Fate in the Hunger Games?”

Novotny enjoys seeing not only her Buzzfeed quiz results, but also those of her friends.

“I enjoy seeing my friends’ results because they actually kind of make sense,” Novotny said. “Like how my friend Kirsten got London and she is a huge fan of all things British, and Jess got somewhere in Italy or something, which is of course perfect since she is there right now.”

Buzzfeed’s most popular quiz, “What City Should You Actually Live In?” has received almost 20 million views since it was created in January 2014.

Senior communication studies major, Kyle Hovest, said they are just something fun to do in spare time.

“I think they are just really fun for people to take and they give people something to procrastinate with other than going on Facebook or something,” Hovest said. “Buzzfeed has gained so much popularity in the past year and I think it is a way for them to keep their viewers entertained.”

Buzzfeed has recently seen a spike in popularity. In November 2013, Buzzfeed hit a record 130 million site visitors according to a press release in December 2013.

Junior public communication major, Katrina Hall, said she doesn’t think there is any value to the results of the quizzes, but still finds them fun.

“No, there’s no value. They’re just silly, fun things to pass the time,” Hall said. “They’re comical most of the time and we love to be entertained.” Hovest said he doesn’t believe they have any value, either.

“I don’t think they hold any value,” Hovest said. “I mean, where are the results coming from? Where are the criteria? Even Buzzfeed makes fun of their quizzes because of how large they have become.”

In a recent interview with the Huffington Post, Summer Anne Burton, managing editorial director of Buzzfeed, said the quizzes are built to be personal and relatable; the answers aren’t random, they genuinely correspond with the questions.

“The thing that I compare it to is astrology,” Burton said in her Huffington Post interview. “It’s not scientific, but if you have a good attitude, that doesn’t keep it from being fun.”

Hovest said he thinks the new trend started gradually and kicked off with more people viewing them.

“I think it just became a fad and once one person found it funny, so did everyone else,” Hovest said. “Believe it or not, they truly are comical.”

Hall, on the other hand, doesn’t think these quizzes are a new trend.

“People have always liked to take quizzes that tell them what character they relate to,” Hall said. “Similar things have been on social media since pre-MySpace. They’re entertaining and give something else to do on Facebook other than read status updates.”

Hall said she would prefer to see the quizzes posted on Facebook than to read people’s statuses over and over again.

“It’s a part of Facebook and other media sites,” Hall said. “If someone has a problem with it, it’s easy to block or hide. I’d rather see quizzes than the same old statuses.”

Hovest said he doesn’t think they are too bothersome but can see why other people get annoyed with them.

“I like to see what results my friends are getting on certain quizzes,” Hovest said. “A lot of [the] time, it prompts me to take the quiz.”

“Sometimes it does get annoying,” Novotny said. “People post so much stuff on Facebook anymore it starts to blend together and I just scroll past them. Buzzfeed does occasionally post interesting articles, too, as well as the quizzes so they can reach a fairly wide range of people.”