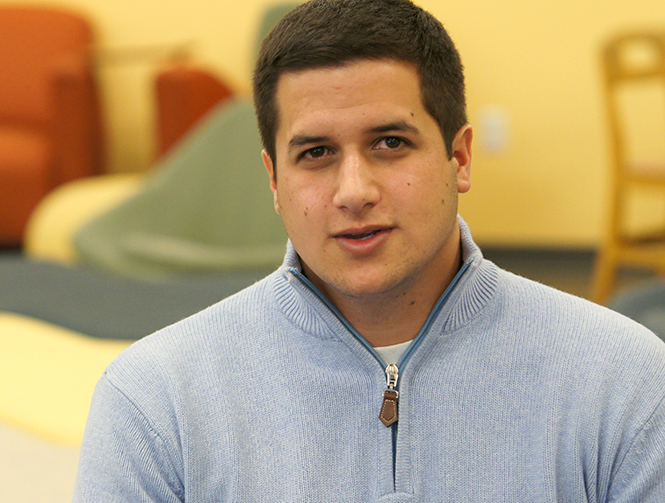 Kent State senior computer science major Daniel Gur is headed to Seattle, specifically Amazon.com, where he will start his career as a software engineer and hopefully start up his own tech business in the near future. Daniel will graduate in May 2014 with a skillset of computer and actuarial sciences.

Senior computer science major Daniel Gur said he is set to work for Amazon as a software developer this July. Gur said that he got the job after the company sponsored the hackathon last fall.

“I initially went to them looking for sponsorship and they were the platinum sponsor for hackathon,” Gur said. “After that I reached out and gave them my resume and they were interested. I interviewed with them on Monday and found out they offered me a position that Friday.”

Gur is also the co-founder of Hacksu, a student organization that he said educates and builds the foundation for strong use of web and mobile technologies. Gur said that other schools inspired him to start Hacksu.

“I had been to a lot of hackathons at different universities and I noticed that a lot of other schools had these hackathon clubs,” Gur said. “Once I got back from my internship, I told my friends we should start a club and they were down.”

Gur said the club started off small, but has grown each semester.

Professor Javed Khan, PhD., works as Gur’s academic adviser and said that Gur was one of the students to watch during his time at Kent State.

“Daniel is one of the most remarkable students here,” Khan said. “He always comes with new ideas, and his work with Hacksu has inspired the younger students.”

Khan said that he isn’t surprised about Gur’s future position.

“Students who go on to work for Google or Amazon are lifelong learners,” Khan said. “They help promote computing, which everyone needs to know something about. They always find new ways to educate people.”

Gur said that he hopes the legacy of Hacksu will remain the same once he finds new leaders.

“You have to be passionate, you have to literally wake up and want to build something,” Gur said. “It’s about passion, dedication and willingness to learn.”

Gur said that in addition to his new job in July, he is looking forward to not having any homework once he graduates.

“I’m really looking forward to not having any projects or homework due,” Gur said. “I love school, meeting people here, the connections and seeing how dedicated the students are. I will definitely, definitely miss that.”