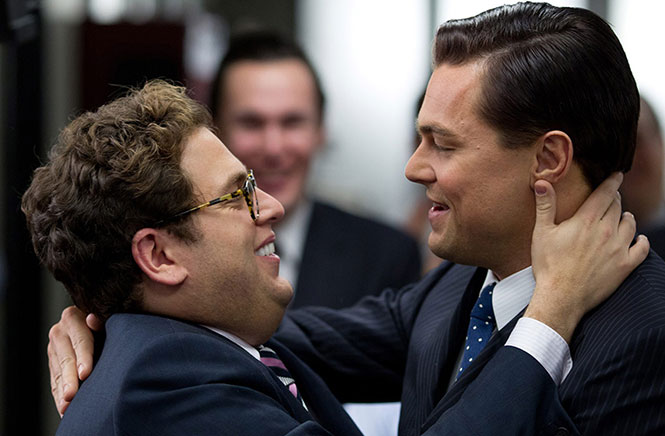 The Wolf of Wall Street

What makes Wolf one of Scorcese’s strongest recent films, akin to 2006’s The Departed, is its baffling sequence of events and impeccable performances from Leonardo DiCaprio and Jonah Hill. It is unfathomable that Jordan Belfot’s memoir, from which the screenplay is based, could be true, but the unbelievable events add to the appeal to an extent.

In the film, Belfort comes back from the stock market failing of Black Monday to open his own firm after making a fortune with his aggressive sales of penny stocks. The character’s ambition and ingenuity are truly astounding, as is DiCaprio’s portrayal. You can expect copious consumption of drugs, debauchery, midget throwing and live jungle cats in offices. Yes, I said midget throwing and jungle cats.

Along with the spot-on supporting performances of Jean Dujardin, Matthew McConaughey and Kyle Chandler, The Wolf of Wall Street boasts the most excitement and laughs you are likely to get at the theater.