KSU data employee remembered as friend to all 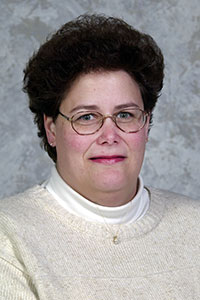 Craig, 52, worked at Kent State for over 15 years as a computer and data expert in KSU’s Division of Information Services and the University Registrar. Craig, a Youngstown native, previously worked in computers at Youngstown State University where she got her bachelor’s degree in French, according to her obituary in Youngstown’s newspaper, The Vindicator.

Friends and colleagues remember Craig for her love of cats, ‘tech’ jokes, and her French music, according to Kent State’s eInside newsletter for faculty and staff.

Brian Pekarak, director of Admissions Operations and Transfer Systems and Craig’s supervisor, said he has known Michelle for almost 14 years throughout their work.

“She was an integral part of our department. She was a friend and a coworker to everyone in the (department),” Pekarek said.

Pekarek also said Craig was known for her helpfulness in any situation.

“We will definitely miss her being willing to just dive in to whatever we were working on, her vast technical skills,” Pekarek said. “We’re going to miss her saying something in French and always wondering what she was talking about.”

Craig was a Rainbow Girl with the Masonic Youth, a part of the troop council of Boy Scout Troup No. 84, a member of Le Cercle Français.  She was a 1979 graduate of Canfield High School.

An active member of St. Patrick Church in Youngstown, Craig was buried there and her family had a funeral mass there to honor her memory. Craig is survived by her husband, Thomas Craig, her two sons and her sister.

According to Pekarek’s message on e-Inside, the department of Admissions Operations and Transfer Systems plans to pay respect to Craig later this spring.

“She was a very special person who will be missed by many people,” Pekarek said.