Opinion: Battling a war against ignorance 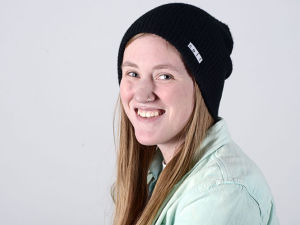 Ignorance is bliss — the saying is as old as time, if we’re putting it in terms of “Beauty and The Beast.” There is an advantage to not knowing about a particular topic because the truth is often unpleasant. However, the phrase is both inaccurate and horribly outdated. Each generation comes across as more ignorant when trying out sparkling new fads that become popular in their neighborhood or school because of what gets reported in the media.

According to the Washington Post, “a middle school in Portsmouth, R.I. recently sent parentsan alarming e-mail about kids who are ‘snorting’ or ‘smoking’ Smarties, a silly fad in which kids grind up the tart candy into a fine powder, then blow out the vapor as if they were smoking.”

Dealing with fads is a part of growing up and learning which dares to say “no” to, without losing your street cred. Think of Flick from “A Christmas Story,” getting his tongue stuck to the pole during recess. Snorting Smarties won’t make a teenager turn to smoking anymore than candy cigarettes will. The only consequence of putting sugary powder up your nose is running the risk of attracting insects.

A Wall Street Journal article included information from a Mayo Clinic physician who warned that the act could lead to something called nose maggots.

There is nothing pleasant about lacking knowledge about a certain subject, especially when there are vast amounts of resources around us. Reliable websites and libraries contain infinite amounts of knowledge that one can obtain. It’s not being locked away or hidden anytime soon. Yet, this reason is used, and used poorly, regularly to excuse being naïve. It has become a saying that is expired in this new world, much like many of our old values. These topics are outdated or about to be, no longer quite as questioned by our fast-paced culture today as they once were. Ignorance is becoming outdated, or rather, unacceptable, too.

Snorting Smarties isn’t a gateway drug. It doesn’t mean more kids are going to be turned on to substance abuse or smoking. I did more short-sided things when I was younger. We just didn’t have media to report every single instance, thankfully.

However, it seems like a problem for teenagers immersed in a society filled with technology and reporting. Nothing can be done without seeing it on Twitter an hour later or having an embarrassing photograph snapped. Constant media attention might be essential for people to begin thinking about their actions more clearly, knowing they will possibly be haunted later for them when their friends or family see it on social media. With up-to-date news organizations, perhaps fads will become more sensible, or at least practical, if they are reported more often to the public.