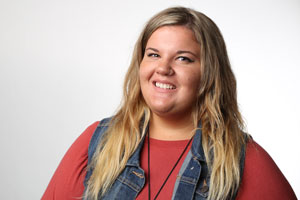 Megan L. Brown is a junior magazine journalism major and a columnist for the Daily Kent Stater. Contact her at [email protected]

As I read through the list of musicians like Arcade Fire, the Guess Who, the Band, Joni Mitchell, Rush and Neil Young, I thought to myself: When will Saskatchewan-native rock ‘n’ roll band the Sheepdogs make the list?

In 2011, when Rolling Stone had their “Choose the Cover” contest, the Sheepdogs beat out 15 other bands to win the competition. They were the first unsigned band to be featured on the cover of Rolling Stone later given a contract with Atlantic Records.

They have made groovy rock ‘n’ roll sounds for the past decade. They recorded their first independently recorded album in 2007. They have been compared to bands such as the Allman Brothers Band, the Doobie Brothers and other great rock-‘n’-rollers. They do not mimic such music but are influenced by it. They are revivalists of rock music.

The Sheepdogs know how to work well together as a band. Lead singer Ewan Currie has such a prevailing voice that sounds like no other. His guitar skills are outstanding. With the guitar sounds of Currie, guitarist Leot Hanson and bassist Ryan Gullen, the band has such a compelling sound. The drumming of Sam Corbett ties in with the band pushing out steady flows and great rhythm.

Their 2010 album “Learn & Burn” shows just how great the band really is and was before the fame. The album has a beautiful blend of power and imagination. It ranges from fierce rock ‘n’ roll to southern boogie to psychedelia. Their dedication to music shines through this album.

After being introduced to Patrick Carney of the Black Keys at Petty Fest, Carney went on to co-produce their 2012 self-titled album. You can definitely hear some of Carney’s influences on the drumming, but the music is without a doubt pure Sheepdogs rock ‘n’ roll. The guitar riffs are catchy and powerful; the album is mesmerizing.

But what makes the Sheepdogs so endearing and likeable? It’s their charisma of melody, harmony and groove. They aren’t your average “rock band” others have claimed to be during this generation — these guys are the real deal. They take pieces of past cultures and music and add it to their own.

I was lucky enough to see them last October in Cleveland, and let me tell you, it blew my mind. Their music needs to be listened to by people of all ages, especially by the younger generation who are too obsessed with their generic pop tunes. Their music surely isn’t going anywhere anytime soon.