Winter break according to international students 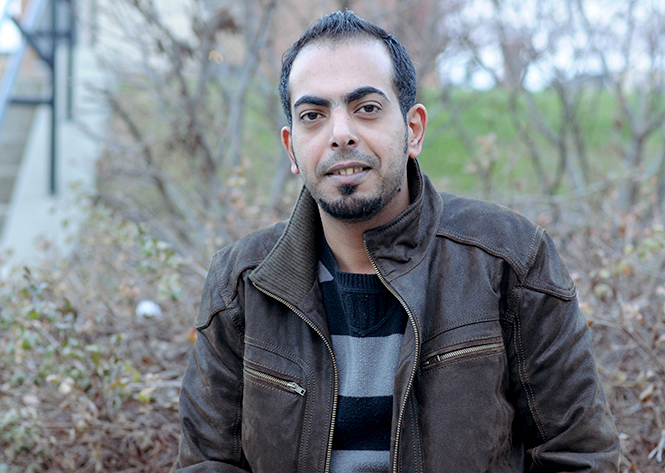 Sophomore business management major Mohammed Almasahli came to Kent State two years ago as an international student from Oman. Almasahli heard about Kent from some friends and decided he wanted to go back to school for his degree in the United States.

Abdullah Alghofaili, Mohammed Almasahli and Yousef Almubrek stood in a circle and smoked on the roofed sidewalk behind Oscar Ritchie Hall. The snow fell down just feet away.

Alghofaili, junior computer science major, grew up in the hotter climate of Saudi Arabia. He said he liked the snow the first time he saw it, but he doesn’t like it anymore. That is one reason why he is going home for winter break. He also misses his family.

For this winter break, some international students said they will go home, while others said they will stay in Kent or in Ohio, and still, others will travel the United States and the world.

Almasahli, sophomore business management major from Oman, said he was home last summer. Now that it’s December, he needs a rest from the cold weather.

Almubrek, junior international relations major from Saudi Arabia, said he hasn’t been home in 16 months, but that will change this winter break.

According to the U.S. State Department, an F1 visa allows international students to attend U.S. colleges. A J-1 visa allows them to participate in special U.S. work and study programs.

Still, Anderson said there are other international students staying in Kent and going on vacation.

“We do have a lot of students who are going to the Bahamas for the winter break for cruises,” Anderson said.

“I was going to go home, but when you’re this far, one month isn’t enough,” Roufael said. “It would be more like a tease than actually enjoyable.”

Roufael said his parents currently live in Saudi Arabia, where he lived for 18 years. He hasn’t seen them since before he started college in January.

Sirisha Yalamanchili, a digital sciences master’s student from India, said she likes the United States and enjoys meeting people and going new places. She has had positive experiences as an international student.

“I’m going to graduate this semester, so my first thing is to search for a job in my field,” Yalamanchili said.

Yalamanchili said she will also be looking for a new home throughout break.

Anderson said she thinks it would be nice for domestic students to invite international students to their homes for dinner.

“A lot of international students don’t get that home perspective, so they’re in their dorm or their apartment, and they’re in the United States, and they’re getting that experience,” she said. “But going to a domestic student’s house is maybe something they haven’t experienced before, so it could be fun for everyone.”