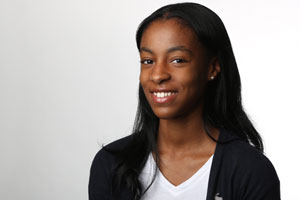 Kara Taylor is a freshman journalism major and a columnist for the Daily Kent Stater. Contact her at [email protected]

Every Monday at 8 p.m., a new episode of “Love and Hip Hop” airs on VH1, and I have to admit, I enjoy my weekly dose of drama. Although I do understand that shows such as this are quite dysfunctional, it is my guilty pleasure. I just view these shows as entertainment. At times, I watch in amazement at the amount of issues in one episode. The majority of people on this particular show are single and if they are married, the marriage is failing. There are absolutely no decent messages or morals to the show. Even the “The Real Housewives” series’ show several dysfunctional marriages.

“Jersey Shore” showed a summer full of hook-ups and drunken nights. The worst one has to be “16 and Pregnant.” Although reality television is just a small portion of why today’s society is mostly dysfunctional, it led me to this question: When did dysfunctional become functional?

I have heard from elders that once upon a time, if people had deep dark secrets, they kept them within the home. People are so willing to expose their issues to the world, no matter how personal. This is very troubling as everyone’s dysfunctional issues float about, which can make it hard to distinguish what is and is not functional. Children who were born in the early ’90s, which would be my generation, have pretty much grown up around reality television. It existed somewhat before us, but, after “Flavor of Love,” reality television became a part of culture. Whether children have guidance in their home or not, what children see on television sometimes can have a greater effect on their beliefs and morals.

It is not OK for young girls to see women treated in a poor manner or acting reckless. It is also not OK for young men to see men treating women poorly. I did not realize how much people idolize these reality television stars until two infamous people, Stevie J and Joseline Hernandez, came to my hometown of Akron. They have to be the most dysfunctional “couple” to grace the television screen, and yet, they have won the hearts of thousands. People from my hometown flocked in droves to see them in a nearby club and were honored to take pictures with them.

As I previously stated, I do watch the shows but I do not idolize these people or incorporate their messy lifestyles into mine. Unfortunately, there are many people who do, whether they realize it or not. These shows are causing the young adults of this country to lose sight of traditional morals that at one time showed integrity.