Opinion: Money: the idol of the Chinese 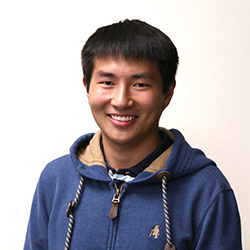 Haoran Li is a sophomore communications studies major and a columnist for the Daily Kent Stater. He can be reached at [email protected]

China is going to be a capitalist country. With the development of capitalism, Chinese people have been affected a lot; for example, their way of living and style of dress. Moreover, their attitude toward money has changed dramatically in the 21st century.

This happens because most of them do not have a functional knowledge of capitalism yet have been involved in capitalist society. They can only use their own explanations to interpret capitalist phenomena. They either recourse to Marxist methods, which is the only modern economic concept for most of them, or they consult ancient Chinese concepts for understanding. However, none of them can interpret modern capitalism clearly and deeply.

Chinese people translate simple capital into just money, and define money as a negative aspect in their lives. Some rich Chinese people show their wealth with luxury cars and handbags. Most men in China believe that if someone has a BMW, he can woo a woman easier than someone who only has a Honda. Many women in China also think that it is enviable to sit in a BMW and to have Louis Vuitton, Gucci, Dior and Coach handbags.

In some cases, this attitude associated with money has influenced marriage. Many Chinese girls still believe in love but they are skeptical when a man does not have enough money to support them. If a man does not own an apartment and a car, it is difficult to marry in China not only because of Chinese girls’ requirements but also the requirements of the girl’s parents. Chinese parents are still a vital factor in the young marriage. Chinese women are still not independent, no matter money’s role in the relationship.

The situation of the same issue in America seems much better than in China. Many American girls are more independent than Chinese girls. Most of them know what they really want and what can make their lives happier. Although American parents can give their daughters suggestions, they cannot make absolute decisions in regards to the marriage. In this situation, American girls are less restricted by money and social value than Chinese girls.

It is easy to understand why Chinese people place such a high value on money. No matter their attitude on marriage, or their definition of a high quality of life, both of these values are examples of their belief: money is even more important than a happy life. “I would rather cry in a BMW than laugh on a bicycle” is a popular saying on the Internet in China.

These phenomena are caused by the series of transformations in China’s political system, economics and society and cannot be changed in a short period of time. The phenomena probably will be worse in the near future in China. However, as long as China can transform successfully, the phenomena should disappear gradually through this process. It is a long process to be a healthier society.