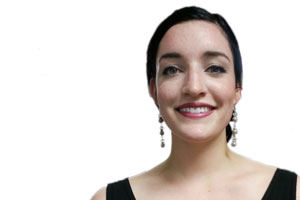 Rachel Godin is a sophomore journalism major and a columnist for the Daily Kent Stater. She can be reached at [email protected]

According to an interview with Dr. Damon Nato from Doctors Against Forced Organ Harvesting, yes, you read correctly. For many Chinese men and women, the operation to remove organs for transplantation is the actual method of execution. China has no laws guaranteeing its citizens freedom of religion, and so thousands of people who engage in Falun Gong, a set of meditative, health-oriented exercises, have been targeted. China’s corrupt healthcare system is harvesting organs of unwilling donors for money, and answers to no one. China sees only five legitimate religions, all of which are government-regulated, those being the Buddhist Association of China, Chinese Taoist Association, Islamic Association of China, Three-Self Patriotic Movement and Chinese Patriotic Catholic Association.

Offenders who veer from these legitimate religions are sent to labor camps for indefinite amounts of time and disappear completely. According to Nato, these labor camps are “essentially re-education camps…brainwashing camps.” In these camps, victims are subject to physical and psychological torture until they repent. Unlike America, the Chinese are not given fair trial and can be sentenced to death without a voice in the matter. Victims are mainly killed in military hospitals at government-run labor camps, or executed in “death vans”, where executions are exponentially horrific. Vans collect victims for the last ride of their lives; prisoners are lethally injected and transported directly to the hospital, which has an immediate need of a transplant organ; the need is fulfilled against prisoners’ wills.

According to a report from NDTV China, one doctor said under oath what he saw at a death site: “After the prisoner was shot, he or she was immediately put into an ambulance, and the kidney was removed after two minutes.” Another doctor said they were taken into a crematorium and had their limbs removed, along with skin from their chest and back. Reports of live cremations have also surfaced.

The reformation of the crimes would require China to keep public records of organ transplants and sources, but this is no easy task. Currently, China’s healthcare system can’t afford not to kill innocent people for their organs. According to US Newswire, China announced intentions of “phasing out” harvesting organs from executed prisoners by 2015.

Americans need to know that mass execution of innocent people for their organs is a real nightmare. There were nearly 100 million Falun Gong followers in 1999, the year the exercises were labeled an illegal cult. Followers then were arrested with indefinite sentences, went missing or were murdered. A count of victims is unknown, but it is time for the west to give this issue media attention.