Overbooking at The Province result of staff turnover 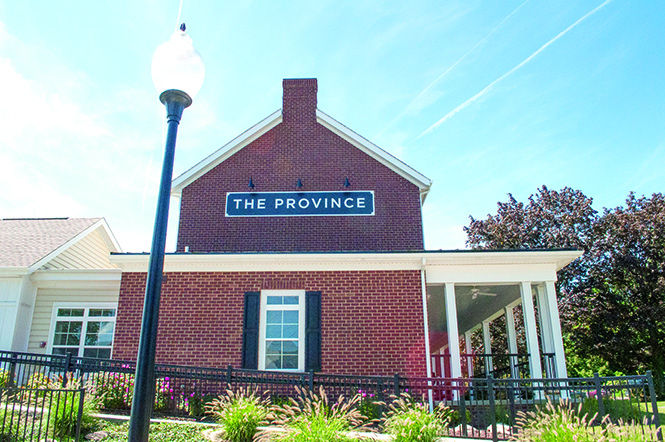 Michelle Botomogno, sophomore fashion design major, and her three friends decided to lease from The Province because they were told it would be easy to sublet when they planned to study abroad in the spring. After signing their lease in April and receiving their room assignments July 7, they received an email July 24 saying their housing assignments had been an error, and there was no longer room for them.

Although rumors circulated that more students were misplaced, Susan Jennings, vice president of corporate communication and marketing for EdR, which owns and manages The Province, said Botomogno was one of only 46 students whose room was overbooked this summer.

Kent’s The Province said they cannot speak to the media directly because it’s company policy.

“It literally just ripped the rug right out from under all of us,” Botomogno said. “My first thoughts were, ‘We need to find a place to live. School starts in a month and there’s going to be nothing left, and we need to not be homeless.’”

The overbooking was a result of staff turnover in the spring and discrepancies in the bookkeeping, said Jennings. She said some overbooking is normal for collegiate housing because of the expectation that some students will decide not to return to school.

“We’ve been in the business almost 50 years, and we’ve worked this formula out,” Jennings said. “Based on how many beds you have you can overbook by so much and know that it’s going to work out.”

However, even though overbooking is standard, Jennings said what happened at The Province is uncommon.

“It happens on the university campuses in the dorms as well as the off-campus housing normally,” Jennings said. “But there were some irregularities in the bookkeeping and that’s what happened to such a great extent here.”

The Province offered misplaced students the option to go to Pebblebrook or Holly Park apartments, which agreed to waive application and administrative fees, but Botomogno said neither had available apartments for four people. Botomogno and her roommates ended up finding a house through Jack Kohl Realty.

Though The Province refunded their deposits, Botomogno said it was stressful finding a suitable house to live in.

“I was desperate for anything,” Botomogno said. “I would have lived in one of the dirty houses.”

Raaziq Eiland, junior accounting major, received an email July 31 saying he no longer had a room at The Province.

“I called the management at Province, and they were saying that they had new management, and I was telling them the whole situation about, ‘OK, I already had signed my lease, I have the right documentation, and my lease was already signed and everything was put forth. So I’m a little confused you saying that you don’t have anymore apartments available,’” Eiland said.

Eiland was placed in another room at The Province with new roommates, but after meeting them and deciding they weren’t a good fit, he decided to find other housing. He managed to find a house before school started, but said it doesn’t compare to the amenities The Province offered.

“Compared to Province it was below my expectations,” Eiland said. “It was like a fixer-upper, it was just a last minute thing that was available.”

Both Botomogno and Eiland said they would not try to lease at the Province again.

Rebecca Reis is a city reporter for the Daily Kent Stater. She can be contacted at [email protected]