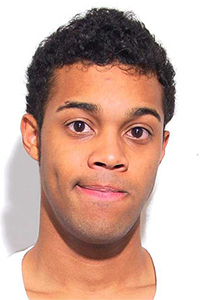 After the murder of Christopher Kernich, a Kent State student, in 2009, Kent police had to take another look at ways to keep students and community members safe downtown.

Lieutenant Jim Prusha, with the Kent Police, gave three tips for students to stay out of trouble. “Don’t get too drunk, be aware of your surroundings, and walk away from trouble and/or call the police,” he said.

Although he wasn’t involved with the original murder case or the retrial of Adrian Barker, who was convicted in 2010 of murder, he said officers continue to do their best to prevent similar offenses.

“We have always tried to keep our patrol heavy in the downtown area during busy bar nights,” he said. “This may be why we are frequently able to catch offenders, but as much as officers try, we won’t be able to catch every incident.”

When the assault and death of Kernich took place, it reinforced the need for officers to focus on the areas where “many people and alcohol get together,” Prusha said. “There are frequent fights in areas where people gather and drink alcohol, as compared to other areas.”

Officers will continue to keep heavy patrols downtown, especially on weekends, and like to make students aware of their presence to both avoid problems and ensure they will be close by if an incident does occur.