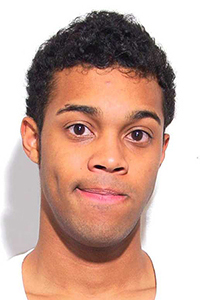 Ronald Kelly, former student at the University of Akron and Glenn Jefferson Jr. of Mentor were also involved in the attack. Kelly was found guilty of felony assault and felony murder in May 2010 and Jefferson plead guilty to two counts of obstruction of justice in September that same year.

Barker’s defense team has made the case that perhaps it was Jefferson who delivered the punch to Kernich’s head. Barker’s murder charge came from his alleged punch to the side of Kernich’s head, knocking him unconscious. He also allegedly kicked and stomped Kernich’s head and body after he hit his head on the pavement.

However, several witnesses who testified between Sept. 6 and Sept. 10 said that Glenn Jefferson, Jr. was not involved in the physical harm to Kernich.

Former student Charles Johanson said he witnessed Barker moving quickly toward Kernich and strike him in the side of the head with an “overhead punch.” The punch was definitely meant to hit someone, Johanson said.

Bradley Chelko, former KSU student and friend of Kernich who was also physically involved in the altercation, also said he witnessed Barker run toward Kernich at a “dead sprint” and saw as he “cocked his arm all the way back” to punch Kernich.

“He did not see it coming. Not at all,” Chelko said.

The defense questioned Chelko and former Kent State students David Clements and Megan Prescott why their statements weren’t detailed about the suspects in question. Clements said he was too distraught to give a full statement, Chelko said he wanted to hurry to get to Kernich in the hospital, and Prescott said there were a lot of students in and out of questioning.

Prescott said the shoes worn by the man who kicked Kernich were white in her written statement Dec. 1, 2009, but days later said they had blue on the top and a black and white design on the sides of them when she spoke to Portage County Prosecutor Connie Lewandowski in Prescott’s home.

Prescott also said the driver of the white Honda Civic was white or Caucasian, but she testified that she didn’t remember what Jefferson was doing during the time of the attack.

Retired Kent Police Detective Mark DiJerome, who was assigned to the case, took Jefferson’s clothes for evidence but did not take his shoes. DiJerome said he took photos of Jefferson’s hands, which showed no cuts or signs of swelling, which are common after a physical fight.

DiJerome didn’t arrest Jefferson for assaulting Kernich because the witness testimony he gathered led him to believe that Jefferson was in the car during the attack, and Jefferson could not be in the car and involved in the assault at the same time.

Barker’s phone call to his mother after he was arrested was played during the trial on Sept. 10. Barker told his mother he did not assault Kernich.

Barker was found guilty of murder and felonious assault in 2010, but Barker’s conviction was overturned in 2012 because of the “trial court’s failure to instruct the jury” on lesser offenses including assault, involuntary manslaughter and reckless homicide, according to a criminal appeal by the Ohio 11th District Court of Appeals.