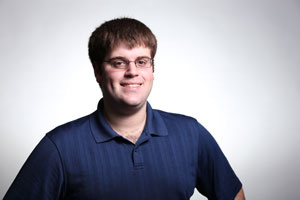 Shawn Mercer is a senior integrated life sciences major and a columnist for the Daily Kent Stater.Contact Shawn Mercer at [email protected]

Today, like any other day, we wake up, get ready, grab a bite and head off to class, not unlike one of the nearly 3,000 people who woke up and headed to work 12 years ago.

At 8:40 a.m. Flight 11 collided with the North Tower of the World Trade Center; today, I will shuffle into my micro class which I know is way too early. Everybody thought it must’ve been some sort of horrible accident, possibly an electronic failure or the pilot was incapacitated. Shortly after, at 8:43 a.m., Flight 93, with its 44 passengers went off course for a field in Pennsylvania. At 9:03 a.m., Flight 175 crashes into the South Tower.

This was no accident, we were under attack.

At 9:37 a.m., I begin to pack up my things to head to my next class; in Washington D.C., Flight 77 crashes into the western wall of the Pentagon, killing all onboard and 125 within the Pentagon. At 9:59 a.m. the South Tower collapses. At 10:07 a.m., the passengers aboard Flight 93, fought back, and the plane crashed into a field in Somerset County, Pa. At 10:28 a.m. the North Tower collapses, a mere hour and forty-two minutes after it all began.

That day, 12 years ago, a memory was etched in my head. As we were preparing for music class to start, my music teacher comes into the room and tells us that something terrible has happened. We were only in second grade, but he turned on the TV, and we saw a building with black smoke billowing out of it. It didn’t make much sense, but I am glad he showed us because I will never forget that day.

I almost forgot about 9/11 this year, it seemed to come up quietly, and it will go just as quietly this year: nothing much to talk about, people died, and it was sad. We went to war in Iraq against the wrong people. We went to Afghanistan and fought the Taliban. We killed Osama bin Laden.

After 12 years, after accomplishing a lot of what we set out to do, bringing justice to many of those responsible, it does not bring back those people who died.

No amount of war or memorials can do anything to bring them back, and that is what we must remember. Every day is a gift, not a promise. We must remember the lives that were cut short so that we can make the best of each day.

If 9/11 were to happen to you, and you perished what would you leave behind? Our living memorial to those who died is the kindness we show one another, the pettiness we throw away and the value we put on our lives and the lives of others.

As you head to class today, September 11, I urge you to be a living memorial, a harbinger of goodwill, and just maybe you could make 9/11 a little brighter.