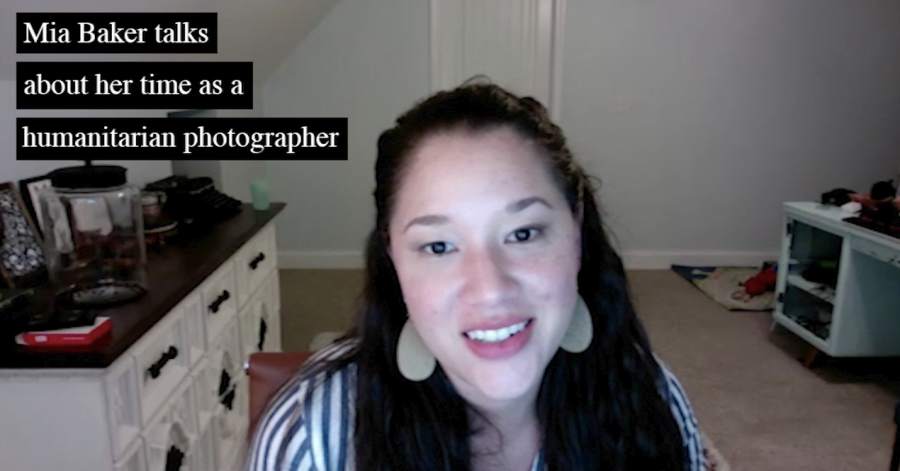 Mia Baker shares her experience as a humanitarian photographer.

Each year PDN (Photo District News) Magazine’s June issue covers PDN’s 30, the magazine’s choice of new and emerging photographers to watch. And for over a decade I faithfully read June’s top 30 issue and zeroed in on each photographer in hopes to learn what I needed to do to get on that list.

I even met a few of those photographers I read about while living in New York City during the summer of 2007 while aspirating to become a professional photographer. But overtime, my passion for storytelling through photography narrowed itself to humanitarian work.

A few years ago, I was introduced to a humanitarian photographer’s photographs by way of social media through mutual friends. Mia Baker had the dream job: living in Cambodia for Serving Orphans Worldwide as a photographer and travelling all across the world to photograph at their orphanages.

I had the chance to do a Q&A with Mia about her experience as a humanitarian photographer and I learned what that job really entails.

Q: How did you start doing humanitarian photography?

A: I never wanted to travel. I wanted to be a teacher, an art teacher. I started helping local charities that needed photography and on my own I took pictures for families, their last family portrait. If a family member was dying of a terminal illness like cancer, we would get them all fancy and my sister was a cosmetologist at the time so she would do their wigs and their makeup and get them all dressed up and have a beautiful family portrait. It was word of mouth because it was before the time of major social media and people were really blogging heavily at that time so my blog was really doing well. I would share things [on Facebook] and then people from all over the world would see it and then I started getting calls to travel. The economy crashed and I lost my [teaching] job; I was like, “I’ve got this photography gig, it’s going really well, it pays the bills kind of,” so I just went for it full-on as soon as that whole teaching gig was over and never looked back for years.

Q: How did you get involved with Serving Orphans Worldwide?

A: The philanthropist’s wife that was involved with the organization saw my photography and said [to her husband], “you should send her to visit orphanages … and get some actual photographs.” I was hired to tell stories and collect stories and really help with their fundraising. My first trip with them [Serving Orphans Worldwide] was for two weeks and we went to seven countries. I was so exhausted, but I had just been working constantly from that point on. They immediately made me part of the team.

Q: How did moving to Cambodia come up?

A: It’s way cheaper to fly out of Cambodia when you’re already on that side of the world. Mostly the orphanages were in Africa and Asia for Serving Orphans Worldwide, but I had also been photographing for numerous nonprofits. I would try to hit up every orphanage in one go on each trip for cost reasons. It’s also very hard to get to some of these places, in unimaginable ways. One of our connections was building a city in Cambodia and they wanted my husband to help oversee part of the administration.

Q: Can you describe one of the travels to get to an unimaginable place?

A: The most memorable story that I have is going to Congo. No one’s allowed into the border. It was back when the LRA (Lord’s Resistance Army) was really strong; lots of genocides were happening. The LRA was starting to go to Sudan so we were dealing with the aftermath. There were a lot of children soldiers and a lot of widows and orphans. We would fly in on a little tiny airplane they have to hire with a private company and it was so dangerous ‘cause they would get shot at; we didn’t get shot at but we went into one of the cities, Goma, and it just looks like a volcano exploded there. There’s pumice rock everywhere. I’m in the middle of doing my photo shoots and our pilot was like, “Hey, we gotta go; like, we gotta go right now.” Apparently the M16 (guerilla group) was not coming for us but they were coming for the UN (United Nations) and they were going to have a war. As we’re leaving, we find out as soon as we land into another little city of Congo they had a shootout with the UN and the UN won and finally beat the M16.

Q: What was your editing process?

A: I was helping them [Serving Orphans Worldwide] go through a brand change. I would get back to Cambodia and just edit for days and then send the photos out to the nonprofits. I did a lot of administration work for orphan care, just really wanted to learn everything I could and how to make these places better so we came up with a lot of programs to help sustain them in a better way.

After working for Serving Orphans Worldwide for six years and two of those years living in Cambodia, Mia Baker began working for White Board as a project manager and the director of media in Chattanooga, Tennessee. But she still wanted to be an art teacher. A position opened up at a nearby private school; Mia applied and was quickly hired. She teaches the kids many of the skills she fine-tuned while working for Serving Orphans Worldwide such as photography, design and building websites. She never wanted to travel but her time spent experiencing all that she experienced came back full-circle.