Student creates company to help others with writing 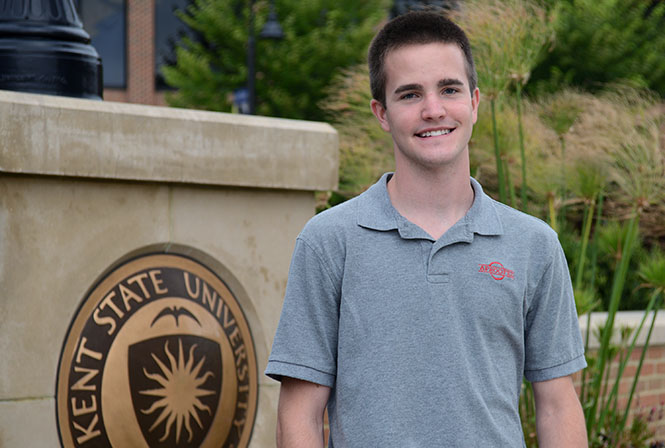 At the age of 21, Kent State senior entrepreneurship major Mike Duniec is the CEO of an up-and-coming company, AProofed. The company, an online market place where students can interact with editors to revise documents, was transformed from idea into reality with the help of the company FlashStarts.

AProofed beat out 85 applicants to become one of of 11 companies selected by FlashStarts, which provides services to startup companies, to participate in its startup accelerator.

“The Startup Accelerator provides a good mentorship group, some start up money, a place to really operate out of and amazing interns that were able to work with me over the summer …,” Duniec said. “Without them, we would probably be more in the idea stage and not in the conceptual stage… We have our intellectual property, and we’re ready to launch and we wouldn’t be here without FlashStarts.”

Duniec set out to find a solution for students, like himself, who struggle with writing, so he created a two-sided market place where writers can get online, find an editor that suits their needs and have their document edited for an affordable fee.

“It’s any type of word document, so it can range from essays, resumes, cover letters and theses,” Duniec said. “Really any document that a student is going to have to write can be submitted.”

Writers can log into AProofed and choose an editor, who has had his or her resume and credentials checked.

“The real, true, test is when they do start editing, and the writers actually use our rating system and then rate them by how (well) they did,” Duniec said. “If they’re timely, if their prices are fair, it’s real feedback they get.”

After an editor has been validated for an account, they have the freedom to choose the documents they would like to work on and set their own prices.

Duniec’s company’s first focus is going to be Kent State and its students, and he would be interested in hosting students as interns eventually.