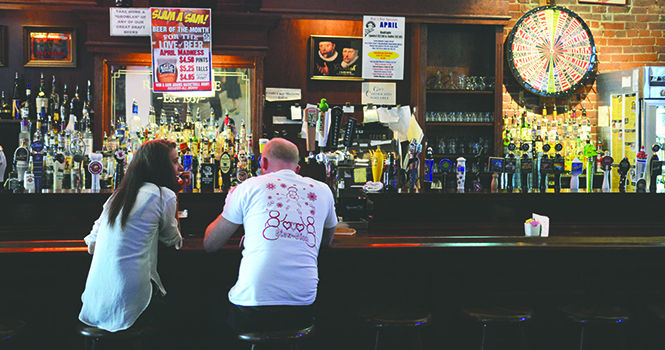 A couple sits at the bar during lunchtime at Ray's Place on April 10, 2013. Ray’s Place will be named as the first sports bar in Ohio on April 22, by the Ohio Licensed Beverage Association. Photo by Jenna Watson.

A couple sits at the bar during lunchtime at Ray’s Place on April 10, 2013. Photo by Jenna Watson.

Ray’s Place, a downtown Kent favorite for students and locals alike, will open a second location this year in Fairlawn.

“It’s something I’ve been wanting to do for a long time and the dynamics over there I thought were good,” Thomas said. “Seems to be a lot of KSU graduates that live and/or work in that area.”

Thomas added that they have been working on a new location for about a year. Last week the Fairlawn Planning Commission approved a $70,000 renovation plan for the plaza.

Ray’s Place was established in 1937 and was declared as Ohio’s first sports bar in April. “Meet Me at Ray’s,” a book about the history of the restaurant and bar, will be published in September.

“It’s not necessarily where I thought the next Ray’s Place would be, but I think it’s going to be great,” Thomas said.