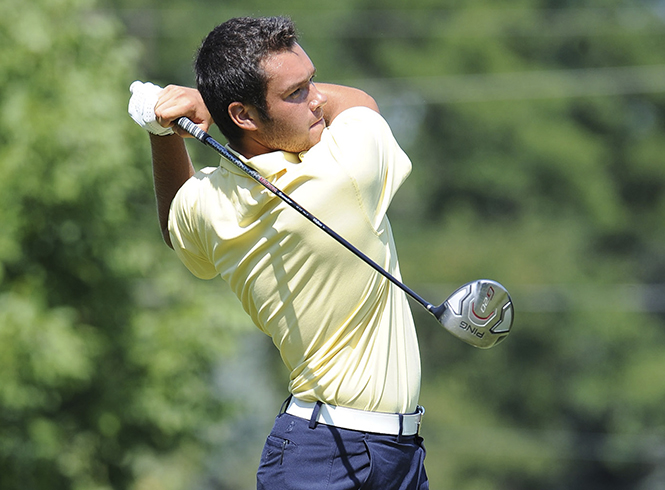 With a fifth consecutive Mid-American Conference championship up for grabs, the Kent State men’s golf team will travel to Longaberger Golf Club in Nashport, Ohio for the four-day tournament.

Ranked 23rd in the nation, Kent State is the team to beat. Head coach Herb Page is confident that his team is prepared to bring home a victory.

“At this time of the year, you just sort of play and keep working on your short game, and we are just excited,” Page said. “It’s championship week.”

After having a difficult time two weeks ago at the Boilermaker Invitational, senior Kevin Miller is back in the lineup.

“Kevin kind of struggled in the last tournament in Texas and was out for a week,” Page said. “But during qualifying, he played really well and won the qualifier and earned his way back into the championship line-up.”

Joining Miller on the course will be juniors Cory Conners, Taylor Pendrith and Kyle Kmiecik, along with sophomore Nick Scott.

“We’ve been playing really well, a little inconsistent off and on, but all five of our players have some firepower,” Page said. “If we play our regular game, play up to our potential and show some consistency, someone will have to play very good to beat us.”

Ball State is currently ranked in the top 50 nationally and will be the Flashes’ biggest threat from the field of nine teams. Page believes that the only team he needs to worry about is Kent State.

“We respect all of our opponents, but in the face of a conference championship, let’s go out and play our best, and if someone beats us, then congratulations to them,” Page said.

A win this weekend would be the fifth straight title for the Flashes, as well as the 20th MAC Championship for the program.

“Hopefully Sunday night we will come home a winner,” Page said. “I have the utmost confidence in my players.”