Opinion: Why are we still finding 9/11 wreckage? 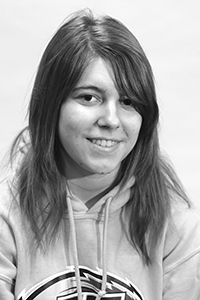 Julie Selby is a freshman journalism major and columnist for the Daily Kent Stater. Contact her at [email protected]

September 11, 2001, was a day that most of us can remember. Although the majority of current college students were in elementary school when the planes crashed into the towers, somehow we knew that day would be burned into our memories forever.

I struggled to make sense of the significance of the day as a 7-year-old, and the people of New York City struggled even more as they ran through the streets from a cancerous cloud of dust. Those people are trying to make sense of things once again as a chunk of airplane landing gear was found in an alley only a few blocks from ground zero.

The landing gear is wedged between an 18-inch space between two buildings. According to CNN, the landing gear is about 5 feet long, 4 feet wide and 17 inches deep. The chances of the gear landing just right between the buildings are seemingly astronomical. In the hectic aftermath of the collapses, some post-9/11 debris could have easily been shoved away between the two buildings without being properly sifted and investigated.

One would think that a piece of American history this significant would have been found within months of the attack. It is revolting how people are still stumbling upon debris and even human remains nearly 12 years later. Investigation efforts after 9/11 have been sloppy and hasty. In 2006, CBS reported more than 70 body parts found in debris in lower Manhattan, and more body parts were found in 2010.

The site of the landing gear is sealed off as a crime scene. Medical personnel will sift through the debris in search of — you guessed it — human remains. This whole situation sickens me. The loved ones of those lost on September 11 are still waiting for closure after 11 years of uncertainty. More than 1,000 people are still missing from the 9/11 attacks, some of whose remains may currently be decomposing in the streets of New York City. The loved ones of those lost will never know the fate of their brothers, sisters, husbands or wives unless the entire lower Manhattan area is completely sifted through and thoroughly investigated.

Furthermore, the brash decision to build the new 1 World Trade Center tower mucked up a great opportunity to further excavate the land for human remains. I know many long and strenuous investigations have been held to find remains; however, the fact that bone fragments are still being found at the construction site to this day gives the idea that the initial investigations simply were not enough.

New York City officials need to remind themselves that there are people out there still grieving over the loss of their loved ones from 9/11. The least that the city can do is emphasize recovery investigations instead of patching up Manhattan’s skyline.