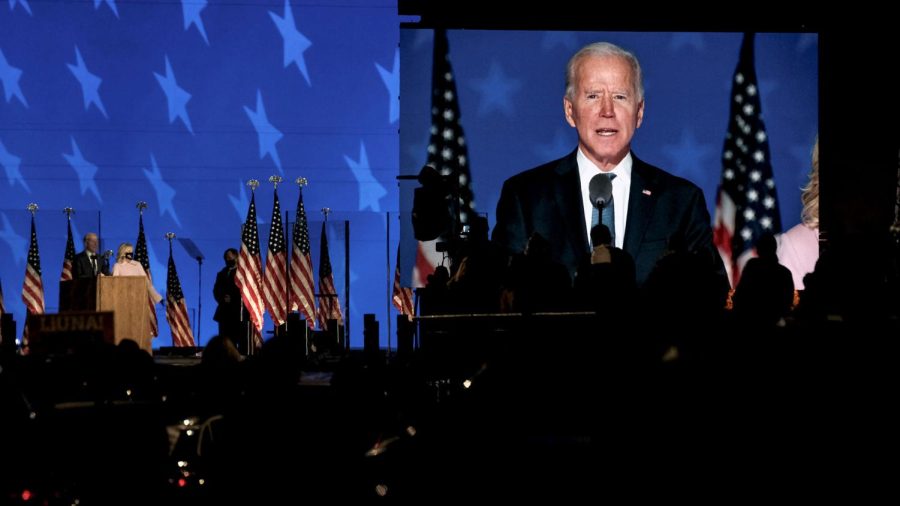 (CNN) — Joe Biden’s campaign projected confidence Wednesday that he will maintain his narrow leads in several key states — which are enough to hand him the presidency — and could also overtake President Donald Trump in Pennsylvania and Georgia.

“Joe Biden is on track to win this election and he will be the next president of the United States,” Biden campaign manager Jen O’Malley Dillon told reporters in a briefing. “We believe we are on a clear path to victory by this afternoon.”

Biden plans to address the nation later Wednesday, O’Malley Dillon said, though it’s not yet clear exactly when and where that speech will come.

Biden currently leads in Arizona, Michigan, Nevada and Wisconsin, and with largely mail-in votes — which have favored Biden, compared to votes cast in person on Election Day favoring Trump — remaining to be counted in those states, O’Malley Dillon said the campaign believes those leads will hold.

If Biden wins those states, in addition to the 227 electoral votes CNN has already projected he will win, it would hand him the 270 electoral votes he needs to win the presidency.

But Biden’s campaign argued it could go beyond 270 electoral votes. In Pennsylvania and Georgia, mail-in ballots in urban areas are still being counted, which means Biden is all but certain to narrow Trump’s current leads.

O’Malley Dillon conceded that North Carolina, though, is leaning in Trump’s favor.

Biden’s campaign also used the briefing to respond to Trump’s claim in an early Wednesday morning speech at the White House that he would take the election to the Supreme Court.

Biden adviser Bob Bauer pushed back forcefully against any potential case going before the Supreme Court.

“If at some point he arrives before the Supreme Court with a novel proposition that ballots that were lawfully cast by eligible voters, but not yet counted by the time Donald Trump wanted them counted — that somehow they don’t count anymore, he will be in for one of the most embarrassing defeats a president ever suffered before the highest court of the land,” Bauer said.