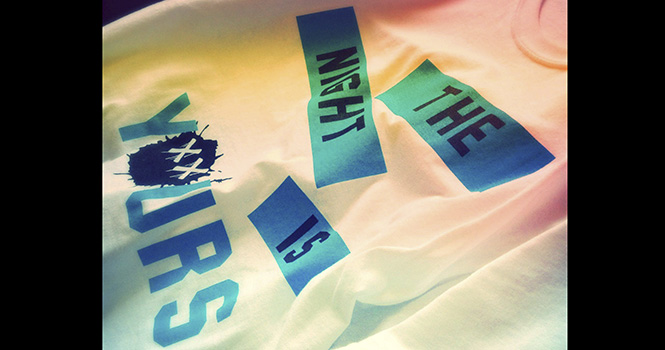 Four Kent State University students started Blackout Attire, a clothing line that focuses on the night life of young adults.The company was founded in January 2013 when four friends came up with the idea to create new, stylish designs for clothes and make money while doing it.“We got the idea to start the business when a couple of friends started to really like our designs,” said Chad Nugen, sophomore finance major and part owner of Blackout Attire. “It then became real that we could sell these things.”Alex Durieux, sophomore marketing major and part owner, said he came up with the name after brainstorming names that captured the party atmosphere.“We thought Blackout not only sounded good, but also managed to encompass part of what our company is about, which is the nightlife of a college student,” said Regis Palmer sophomore nursing major and part owner.The line features T-shirts for $14.99, and coming soon are tank tops that will run for $16.99. The founders are looking to expand the line by adding sweatshirts and other products in the future.“We are excited to announce that we are improving the shirt quality immensely starting with the next order we make,” said Joe Allocco, sophomore finance major and part owner.The students have turned to marketing and accounting professors with questions regarding the business. They also receive guidance from the Blackstone Launchpad in the Student Center when needed.

Allocco said the big picture for the company is to be a brand that people think about while out partying.Blackout Attire is mostly sold around Kent State, but the company has had a few orders from the Cleveland and Columbus areas.Durieux said it feels good to have created a business in college.“I’ve learned that to start a business you need to be able to do two things: get customers and manage your cash,” Durieux said. “Everything else will eventually fall into place.”Nugen likes running the business not just because he gets to do it with three of his best friends, but also because he is getting the real life experience from it.“I’ve learned from running the business that I can apply things that I’m learning in classes and apply them to the real world,” Nugen said.Heather Kunkle is the student life reporter for The Daily Kent Stater. Contact her at [email protected]