Opinion: Keeping in touch is hard, but worth it 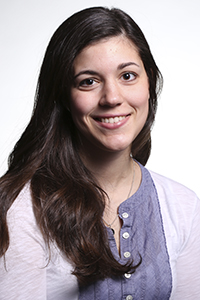 Christina Bucciere is a junior journalism major and columnist for the Daily Kent Stater. Contact her at [email protected]

There’s an amazingly awesome, judge-y picture of my nana sitting on my nightstand. She passed away last year, but she was an exemplary role model that I miss every day. She was hilarious, spiritual and, something I admired most about her, the master at keeping in touch with friends. My nana liked this picture of herself so much that she made copies of it and sent it to my whole family — don’t get me wrong, this was her humor, not a display of narcissism.

In the photo, she is sitting at her kitchen table propping her chin up with her fist as if she’s replicating the Thinker statue. The best part, however, is her knowing smirk that I find all too familiar from my childhood when I knew a life-lesson monologue was playing at her lips. This picture is “her” completely and reminds me of all the values she taught me. So her judging stare has been nagging at me lately.

Like I said before, she was the epitome of a good friend. It wasn’t just because she had more time on her hands to make the effort to keep in touch with her friends; it was simply important to her to do so, and those relationships gave her purpose — a feeling I often lose sight of. I have tried to follow her example, but I haven’t tried my best, and from the look on her face in that picture, I’m pretty sure she knows.

It’s hard to stay in touch. That’s the truth of the matter. It takes time and effort that we often don’t have to spare; either that or we don’t have the extra energy. When too much time passes between conversations with friends, sometimes it can feel pointless to try to catch up on the last five years of each other’s lives. It’s easy to justify our neglect of our old friends by blaming the other for not reaching out to you or sufficing to say that the past is the past and it’s better to live in the present moment.

I’ve made all these excuses multiple times, but in my heart I know they are empty words. I know that I am missing out on a friendship that I once valued, that brought me some of my best memories and gave me support when I needed it most.

I don’t want to be the kind of person that throws that away; I want to be like my nana, the kind of person who cherishes human connections and respects them enough to give them the time to thrive, because in the end, these relationships are our guides to the people we are today. They helped get us here, to this present moment. As much as I like to think I am strong enough to get through anything on my own, without the help of the people in my life, I am scared to think where I would be.

You would think it would be easier to keep in touch with the people from all stages of your life with the assistance of social media, and it most certainly can be, when you remember to do so, but too often we don’t. Too often we push that phone call or Facebook message off another day because we don’t have the time or we’re too tired. But what if we made the time? What if we made a conscious decision to honor those relationships and give them the nurturing they need to survive?

It pains me to think of what I could be missing out on by letting those once intensely important connections slip through my fingers. I am making the commitment to honor my nana’s legacy by trying my best to reach out to those friends I haven’t talked to in far too long. Besides, I’m pretty sure there’s an official life rulebook somewhere that says it’s impossible to have too many friends.