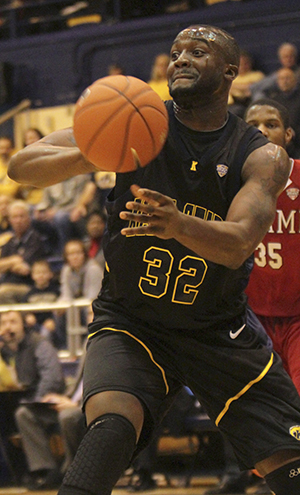 The Flashes will face off against the Loyola University Chicago Ramblers at 3 p.m. Saturday as part of ESPN’s BracketBuster schedule.

The BracketBuster series, an event ESPN has run for 11 seasons, features teams in college basketball that have the potential to make appearances in the NCAA Tournament in March. While Kent State was not selected as one of the 26 teams featured in televised games, the Flashes will match up against a team that also missed out on a possible national television appearance.

Sophomore guard Kris Brewer said, along with the potential for national exposure, the BracketBuster game could help the team prepare for the MAC Tournament by picking up a quality non-conference win.

“Loyola might be really, really good in their conference, and they could help us very well by challenging us,” Brewer said. “We have to be ready to compete with them.”

The Ramblers are 14-13 this season with a 4-10 record in the Horizon League, placing them second to last in their league standings.

Senior guard Chris Evans said the Flashes want to continue the tradition of getting 20 wins in a season and a game such as this gives the team an opportunity to help that cause.

“Right now we’re trying to get momentum going into the MAC Tournament,” Evans said. “So we want to definitely get as many wins as we can. The seniors here — myself, Randal [Holt] and [Brian] Frank — we don’t want to be considered the class that doesn’t get to 20 wins. We want to keep the tradition going and just build our momentum.”

The Flashes have 14 wins this season with five regular season games remaining in the schedule. To get to 20 wins, the team will need to win the remainder of its games and at least one game in the MAC Tournament. Since 1998-99, The Flashes have had only one season in which they did not reach the 20-win mark.

With no game on Wednesday, the team had an extra day to prepare for its usual weekend contest, and Evans said having another day to prepare results in both physical and mental benefits.

“At this point in the season, a lot of us are playing 30 or 35 minutes per game,” Evans said. “So whenever you get a day to rest your body and really rest your mind and mentally get re-focused, that can definitely help you.”

A face familiar to the Kent State program will be present in the game on the Loyola sidelines. Ramblers assistant coach Armon Gates, the brother of former Kent State basketball player and current San Diego Chargers tight end Antonio Gates, played basketball at Kent State from 2003 to 2007.

Evans knows Gates personally, as he recalled Gates picking him up at the airport when Evans made his first college visit out of high school.

“I know he had a great record here at Kent State,” Evans said. “So he definitely did a lot of good things here, and hopefully I can say I did the same.”

The Flashes lost their last game Saturday, falling 78-75 in overtime to Ohio. It was another game that was lost in the final seconds of the game, prompting the Flashes to work on keeping focus.

“Our focus down the stretch just needs to be sharp,” Evans said. “We can’t let our focus slip at the end of games. We have to maintain our concentration and keep everybody on the same page offensively and defensively. Especially in the last three minutes. It’s all about focusing in and finding a way to get that win.”