Opinion: Guns have no moral stature 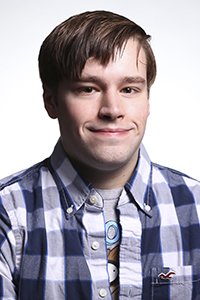 Matthew Bertovich is a junior psychology major and columnist for the Daily Kent Stater. Contact him at [email protected]

Hey look, another article about gun control! I know many columnists from many papers, including this one, have expressed their thoughts on gun control. I’m sick of it too, but now it’s my turn to express my opinion, so here it goes.

Let me start from the beginning. My childhood was littered with guns — well, fake ones at least. Neighborhood water gun fights, Nerf gun battles, paintball wars — some of my best memories involve the imaginary destruction of my friends on the battlefield. But now, instead of evoking nostalgic memories, guns remind us of the tragedies at Columbine, Virginia Tech, Aurora, Wisconsin and, worst of all, Sandy Hook. My parents told me how dangerous guns could be, and thanks to them, I’ve always appreciated the difference between play and practice. I understood the difference, and that’s important.

My problem is not with guns; it’s how easy they are to obtain. In addition to majoring in psychology, I am pursuing a minor in criminal justice. Having experience with firearms is my responsibility, as well as a job requirement. This last December, even after all these tragic events, I purchased a handgun. A friend and I attended a local gun show and were shocked at how easily I was able to leave with a gun. It was as simple as paying, filling out a little paperwork and registering the weapon with a 30-second phone call — that easy.

What is scarier is that I could have bought a gun from another patron at the event and left without a paper trail. I could simply drive to the closest Wal-Mart, buy ammunition and do something unthinkable. Thankfully, I’m not mentally unstable, but that is not the case for everyone. There needs to be more to this process. Background checks, psychological testing and safety courses could protect innocent lives. Mandatory safety precautions like locks and safes could keep your gun from falling into the wrong hands.

Making guns illegal will not solve anything. This will only take weapons out of the hands of innocent people. Criminals have ways of obtaining illegal things. Marijuana, cocaine and other drugs all find their way into the system. With guns, that would leave criminals equipped and law-abiding citizens defenseless. This would be great for the criminals; I imagine they prefer unarmed victims. Fortunately, the U.S. has affirmed that the right to bear arms is a fundamental right of the individual citizen. As long as we raise standards on obtaining them, we will have fewer problems.

I know it’s an extreme comparison, but think about Sept. 11, 2001. We lost more than 3,000 innocent lives because a terrorist group flew planes into American buildings. Why? Because they were sick in the head. Did we get rid of airplanes? No. We improved airport security, and raised the standard protocols to prevent this from happening again. The point is, you can ban guns, knives, planes, swords, sticks and stones, but you won’t disarm evil. Guns have no moral stature; people do, or do not.

I hope you keep an open mind about gun control — and everything else, for that matter.