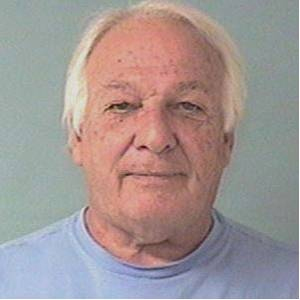 This image provided by the Phoenix Police Department shows an undated image of Arthur Douglas Harmon, 70 who authorities identified as the suspect, who they said opened fire at the end of a mediation session at a Phoenix office complex Wednesday Jan. 30, 2013.

PHOENIX (AP) — A man who shot and killed a call-center CEO and critically wounded a lawyer at a Phoenix office building where they were meeting to discuss a contract dispute was found dead early Thursday, ending a nearly 24-hour manhunt that had area residents on edge.

A landscaper found the body of Arthur Douglas Harmon among some bushes in the Phoenix suburb of Mesa. Harmon, 70, died of an apparent self-inflicted gunshot wound, police said.

A handgun was found near his body, and a rented Kia Optima sedan that he drove from Wednesday’s shooting scene was located in a nearby parking lot.

Authorities had been searching for Harmon since Wednesday morning, when they say he drew a gun and shot two men at the end of a mediation session at a north-central Phoenix office building.

Steve Singer, 48, died hours later. Mark Hummels, 43, with the Phoenix law firm Osborn Maledon, was in critical condition. A 32-year-old woman also was shot, but her injuries were not life-threatening.

“We believe the two men were the targets,” Phoenix police Sgt. Tommy Thompson said. “It was not a random shooting.”

Harmon also fired at someone who tried to follow him to get his license plate number, authorities said.

Singer was the CEO of Scottsdale-based Fusion Contact Centers LLC, which had hired Harmon to refurbish office cubicles at two call centers in California.

According to court documents, Harmon was scheduled to go to a law office in the building where the shooting took place for a settlement conference in a lawsuit he filed against Fusion in April.

Fusion said Harmon was paid nearly $30,000 under the $47,000 contract. But the company asked him to repay much of the money when it discovered the cubicles could not be refurbished, according to the documents.

Harmon argued Fusion hung him out to dry by telling him to remove and store 206 “worthless” work stations after the mix-up was discovered. Harmon said Fusion then told him that the company decided to use a competitor.

Harmon’s lawsuit had sought payment for the remainder of the contract, $20,000 in damages and reimbursement for storage fees and legal costs.

The shooting took place in the building where pro tempore Judge Ira Schwartz, who scheduled the mediation, has an office.

The response to the shooting first centered on that building — home to insurance, medical and law offices — but soon spread to a north-Phoenix home and a central-Phoenix high rise where Hummels’ office is located.

SWAT teams and two armored vehicles surrounded the house. Police served a search warrant to enter the home, which county property records show was sold by Harmon to his son last year for $26,000.

For a time, officers used a megaphone to ask Harmon to surrender, believing he might be inside the residence.

Harmon’s body eventually was found near a shopping area about 14 miles from the office building where Wednesday’s shooting occurred. Police didn’t immediately know how long it had been there.

The shooting took place on the same day that hearings on legislation to address gun violence were convened in Washington, with former Arizona Rep. Gabrielle Giffords testifying for stricter gun controls. A gunman shot Giffords in the head during a shooting rampage in Tucson in January 2011.