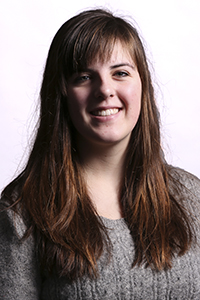 An article from the Indiana Daily Student sparked my interest this past week. It was about how the autonomy of the Indiana University School of Journalism is being threatened. The provost has endorsed a plan that might merge the school with several other programs, and while she claims it would be beneficial, students and faculty alike feel that she is wrong.

Many seem to think that print media — and in some cases journalism itself — is dead, but I disagree. It is a craft and an art, but it is not for everyone. Print media, especially, is meant for someone with certain tastes. Personally, I thoroughly enjoy reading books or newspapers the same way some enjoy vinyl records or old cars. These are the same people who, while they might appreciate the convenience of the modern age, still value something tangible. So many times have I seen a computer or hard drive or website fail its user. I’ve seen precious memories and irreplaceable data lost to cyberspace, unable to be retrieved.

No, print media is not the most environmentally friendly way to spread news, but things such as recycling and using certain paper can help offset that burden. The electricity used to charge that smartphone or tablet, on which electronic media resides, is probably no greener of a practice. Regardless, these tools do not need to be independent of one another, and having the option of either will reach and inform a larger audience than if the two practices were mutually exclusive.

It troubles me that the School of Journalism at Indiana University is under scrutiny because the fluctuation of the industry has caused its necessity as a solo entity to be questioned. It has a proud history of more than 100 years, with many Pulitzer Prize-winning alumni, and a merger could harm this tradition of excellence.

Part of the reason I feel so strongly about the importance of print media is because the field of architecture is also going through a similar change. The job market and college program enrollment have been inconsistent, new technologies and programs are being introduced and some of the original finesse of the craft is being ignored. The distinct lettering of an architect is less frequently taught, hand rendering is seen less as a talent and more of a burden and a computer has become a more prevalent tool than a scale.

In spite of the economic battles that many are fighting — both in the workplace and educationally — what would we do if the importance of our college’s place at the university were diminished? Economically, we’re going through a hard time, but what practice isn’t? The importance of traditional professional practices should not be ignored. Never underestimate the power of a sketch, or a well-cut model. In a time of constant change, people are looking for something they can hold onto. Just because there are new innovative ways to communicate, it doesn’t mean the older ways are any less effective.