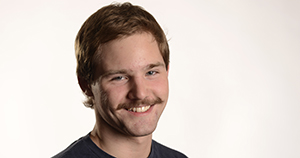 One hundred and forty-eight years ago, the 13th Amendment to the United States Constitution was ratified, outlawing slavery and involuntary servitude, unless it was to be used as punishment for a crime. One hundred and three years after that, a prominent civil rights leader was gunned down for speaking out against racial inequality. His legacy would live on in the form of statues, street names, a national holiday and tirelessly being quoted by nearly everyone.

His effort is without question one of the greatest things to have ever happened to this country. Where would we be today if he hadn’t stirred up some trouble?

He was the unofficial spokesperson for a people who had been held down and oppressed since their introduction to the Western Hemisphere — and what a great leader and role model he was, and still is today.

He taught humanity to the racial majority as the new medium of television flashed images of the gruesome treatment of peaceful, young African-American protesters being harassed, imprisoned and violently beaten to a pulp just because they were upsetting the established order.

I can’t grasp what would possess someone to hate another based on the color of his or her skin. With officers of the law beating black people with nightsticks, blasting them with fire hoses and loosing the dogs on them solely because they were black, America was truly messed up; there’s no other way to look at it.

I harbor a personal contempt for the South. I know that I shouldn’t, and I know that it kind of contradicts my argument, but I can’t help but feel that everyone in the South is a racist piece of trash. I know this can’t be true and that there are plenty of good people down there, but I feel that there’s just no beating around the bush when it comes to this.

I recently drove down to South Carolina, and I wanted to believe that everyone down there was a good person, but there’s just something about that accent that immediately makes you picture a plantation overseer. Also, a big part of it is that the South is the least progressive part of the nation. They, to me, just come from a long line of backward-thinking racists — but in my heart I want to believe that they are trying to get better about it, that with each generation they take a step in the right direction.

(Bear in mind that this is a sweeping general statement and that generalizations should never be taken into account. With that being said, it doesn’t mean that my opinion has no stock; it just has no business being on any official record.)

Prejudice isn’t ingrained into you at birth; it’s passed down. So when I encounter a racist, I know that they probably came from a racist household, or somewhere along the line they were brainwashed by some dickhead.

The great man I was alluding to earlier was Martin Luther King Jr. This past Monday was the national observance of the holiday dedicated to him. It was also the day that the first African-American to be elected President of the United States was sworn into office — for a second term.

There’s a lesson to be learned here; something about progress and there still being a lot of work to be done, but that we’re moving in the right direction; going forward, but looking backward every so often to remember how it used to be. Reflect on it; maybe it’ll tickle your fancy one day.