Sports With Shook: The PED debate 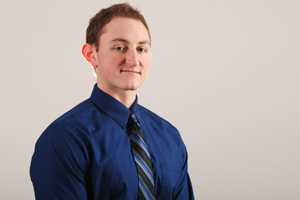 Nick Shook is a junior news major, sports columnist and sports editor for the Daily Kent Stater. Contact him at [email protected]

Tuesday was an unusual day in the world of sports.

For one, it was Super Bowl media day, which always produces memorable responses and unbelievably stupid questions (A reporter asked a San Francisco 49ers player “Did Ray [Lewis] do it?”).

But this particular day stood out for two reasons.

Both Ray Lewis, linebacker for the Baltimore Ravens, and Alex Rodriguez, star third baseman for the New York Yankees, were implicated in separate performance-enhancing drug rumors on Tuesday.

In a Sports Illustrated story released Tuesday, Lewis was linked to using a banned substance to help speed up his recovery from a torn triceps.

In a Miami New Times story published Tuesday, Rodriguez and plenty of other professional athletes were linked to a clinic in South Florida that distributed PEDs.

The SI story said Lewis used a deer antler extract spray (I know, it sounds bizarre to me, too) that contained IGF-1, a substance that is banned by the National Football League.

Rodriguez, who is recovering from off-season hip surgery and has already admitted past steroid usage, denied the accusations through a statement issued by a spokesman.

Lewis, who is preparing to play his final game in Sunday’s Super Bowl, denied the accusations, but when asked directly about the deer antler spray and pills (four of which he reportedly ingested hours after tearing his triceps), he walked away from the SI reporter.

Neither athletes are rather convincing, especially considering the dealer involved with Lewis has taped phone conversations with the future Hall-of-Fame linebacker.

I’m not here to crucify either of the two. I’m instead here to offer both sides of the PED argument.

Let’s face it, you’d be hard-pressed to find a professional athlete who hasn’t used at least some type of supplement, banned or not. They help build muscle and improve performance. Nearly everyone uses at least a multi-vitamin (yes, that is considered a supplement).

The question I’m here to ask the reader is: Where is the line drawn?

Integrity is a buzzword when it comes to discussions about drug testing in professional sports. The first crop of “Steroid Era” baseball players were just recently denied admission into the Hall of Fame. The current hot debate is over whether their alleged drug use (Did you see the size of Sammy Sosa in 1998?) is enough grounds to keep them out.

But then you would have to remove former home-run champion Hank Aaron from the Hall. Why?

Aaron and his fellow players frequently used amphetamines. It was all the rage back in his day, and it’s still used today. Multiple NFL players were suspended for using Adderall — a prescription amphetamine — in 2012.

Every athlete looks for a competitive edge — especially the professionals, who make a living based on their performance.

Supplements and performance-enhancers are not simply going to go away. Those who are concerned with the integrity of the game will support testing and disciplinary improvements.

Those against it will present a different argument.

If everyone is doing it, why test? Why not just make it legal for them to use these drugs?

The negative long-term effects are well documented. Steroids destroy the body. Read about former NFL lineman Lyle Alzado and you will agree with me.

But if they are going to take that risk, why not let everyone do it?

I’m not in favor of allowing free usage of steroids; I think the negative aspect is too great to condone.

But the “watch dogs” know more about consistent steroid usage, especially in the NFL, and only choose to exploit such rule breaking when they see fit. When Ray Lewis allegedly uses a banned supplement, or Alex Rodriguez gets caught using PEDs, suddenly everyone cares and becomes righteous about the sacred nature of sports.

The naiveté of such responses involving integrity makes me laugh, but it is the lack of uniform enforcement upon all players that really bothers me.

If you’re going to go after Lewis, Rodriguez and other notable stars, take the same approach for all athletes.