Opinion: Is there any hope left for our new Congress? 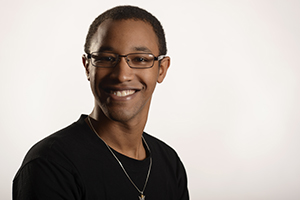 Bruce Walton is a sophomore news major and columnist for the Daily Kent Stater. Contact him at [email protected]

After the 2012 election, much has happened in the political world, most involving Congress. The 112th Congress was, on record, the worst Congress in American history and an embarrassment to modern democracy. Starting from 2010 to 2012, the 112th Congress was hated by the American people; in a survey by Public Policy Polling, most Americans favored lice, Genghis Khan, cockroaches, Nickelback, colonoscopies and other terrible things over the 112th Congress. But who would blame them? This Congress has brought America to the edge of economic collapse twice in only two years and has done close to nothing else but bicker.

Many would wonder how this could be, but it’s clear when you take a step back and assess what has occurred. The legislative branch of any government is the sole locomotive of societal progress, and if the government is standing still in a world of perpetual progress, Congress is to blame. However, no Congress has been this terrible since the Congress of the 1850s just years before the Civil War. Like that Congress, the 112th has been deadlocked between one party that would die for the status quo and one that would die for any form of progress.

Many factors have led to the 112th’s lack of progress by both Democrats and Republicans, but there is overwhelming evidence that more Republicans are to blame than the Democrats for a number of reasons.

The 112th was the first to have Tea Party-elected officials into Congress; the Tea Party shook up the political world and upset the two-party system by being a formidable third party that phased in and out of the Republican Party. Its support was a double-edged sword for the conservative movement and made many Republican politicians jump through hoops to appease them and not stir the aggressive conservative base.

The internal struggle of the conservative movement, which was also in a struggle with the Democrats in Congress, made America slower than a three-legged horse. This political chaos has plagued Congress for years but met its peak in the 112th Congress.

Another factor is the unreasonable deadlock from neither party backing down from its position. Politics is all about compromise, but some Democrats and Republicans refuse to let go of everything they wanted. A growing problem is filibustering; this has been used since the 1960s, but only now has it served as one of the biggest culprits of legislative gridlock.

Many other factors have led to the 112th’s infamy, some of which I may expand upon if my readers would like me to, but these I believe are the most important. The 113th Congress has already begun and is showing signs of similarity. But the 112th Congress is as much at fault as the American people who voted for them in the first place.

Get involved, vote in the midterm elections and research who has done what and if they are part of the problem in Washington. There are also interest groups you can support that speak in a louder collective voice for Congress to hear. We need Congress, and Congress needs us; neither one is going anywhere, so let’s make the best of it and try to help Congress.