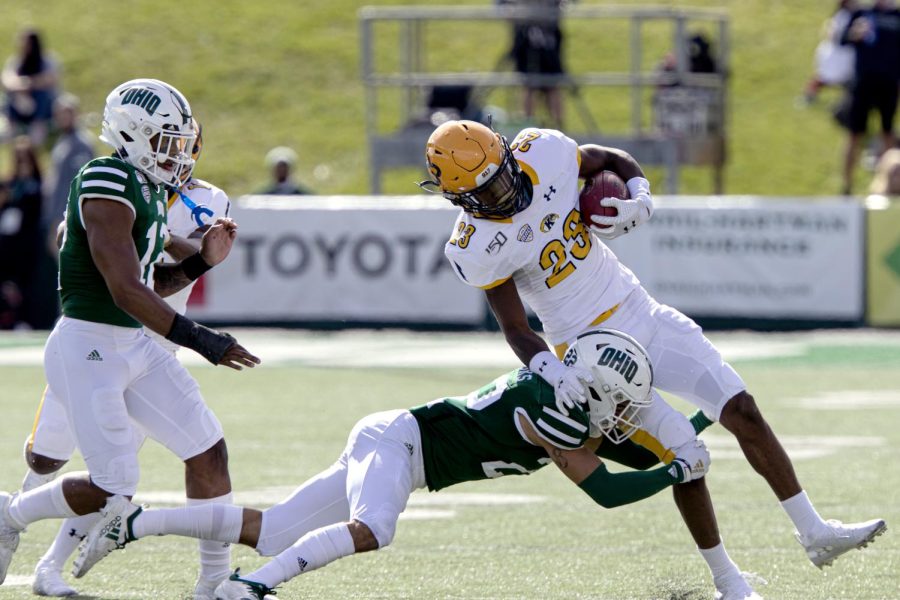 A football game between Miami University and Ohio University has been cancelled due to COVID-19 spread on Ohio’s roster.

This is the first instance of a Mid-American Conference game being cancelled due to COVID-19 since the football season began on Nov. 3.

The game was declared a no-contest by the MAC, meaning that it will not impact either team’s record.

Ohio coach Frank Solich expressed in a statement on Twitter his disappointment that the “Battle of the Bricks” rivalry game was cancelled.

“The decision to cancel the game was based on roster issues due to test results and contact tracing,” Solich said.

Solich also said that his team would take steps to “limit” team activities.

Kent State’s rivalry game against Akron has been moved to fill the primetime 8 p.m. slot on ESPN which was vacated when the Miami-Ohio game was cancelled.

The game against Akron, set to be played at Dix Stadium, was initially set to kickoff at 7 p.m. but has been pushed back an hour to fill that nationally televised spot.