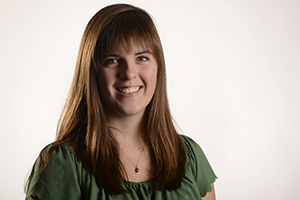 This past week has been exhausting; I don’t know about you, but the amount of course work I have had to tackle has been nearly impossible to manage.

Looking through the news, I have found stories of an NFL player dramatically ending not only his own life, but also the life of his girlfriend, leaving their young child parentless. There was a story in The New York Times about a young Afghan woman who is clinging on to her life after falling victim to an honor killing. A fire tore through a family’s home, destroying not only their property but the recently purchased Christmas gifts as well. I didn’t even look at the article about the fiscal cliff of doom.

So I would like to talk about something happy.

After having looked through the Saturday edition of many major publications, here are the articles I have found: the Obama family’s dog admiring Christmas decorations at the White House; the U.S. Military Academy’s Cadet Chapel at West Point hosting its first same-sex marriage ceremony; and Kate Middleton, the Duchess of Cambridge, playing hockey at her old prep school.

These all brought a smile to my face, for reasons that range from a pride in our military’s acceptance of another integral group of Americans, to a relief that no one was shot, but they were not the substantial emotional lift I needed. So instead of looking for other people’s happy moments, I will look for some a little closer to home.

There are Reese’s Peanut Butter Cup Bells located in my studio desk that will promptly be rehidden to avoid theft after this article. I have a package waiting in my mailbox at my apartment complex. Despite a loss Friday, our Golden Flashes get to go to a bowl game. There’s a long-awaited message in my inbox. Winter break is fast approaching. I’m smiling already. The icing on the cake would be to see Ray’s Place all decorated for Christmas, which is my favorite part of downtown during the holiday season.

All of these things make me happy, and if you’re feeling upset or overwhelmed during the next couple weeks as the semester winds down, think of some of those little things that brighten your day. For me, over the next few weeks, it will be the magic of the holidays. I’m not idealizing them — I know they’re not perfect — but there is something different about this time of year, and I will never turn down a chance to spend time with my family. I also much prefer the snow when I don’t have to trudge through it on the way to class at eight in the morning.

I hope you can find something happy to get you through your finals as well. Good luck!