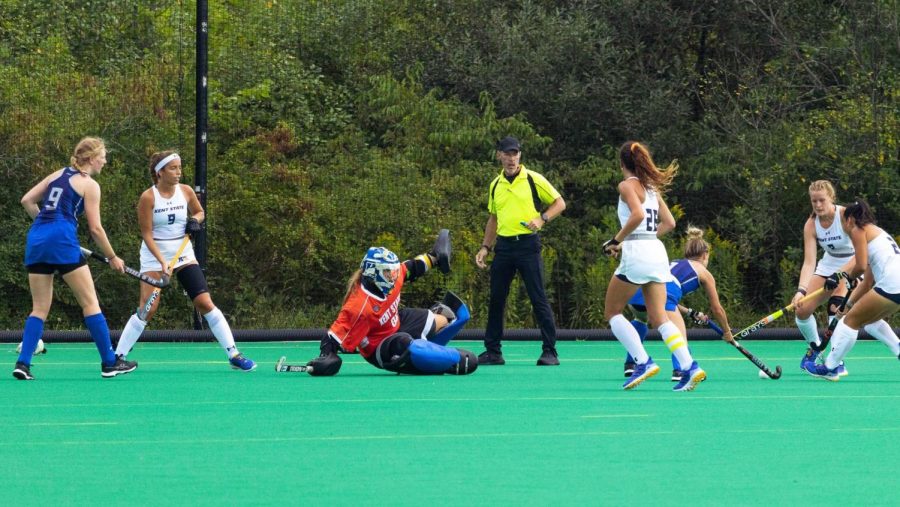 Just after winning MAC Defensive Player of the Year, fifth-year goalie Azure Fernsler has been named to the 2021 NFHCA Division I Senior Team.

Fernsler has joined 37 other members on the senior team, and is only one of the two Mid-American Conference players on the team. (Find the complete list of athletes here)

The student-athletes were selected based on their career achievements on Monday. (More about Azure Fernsler’s incredible story).

Fernsler can add this achievement to her list of awards this season. She won two MAC Defensive Player of the Week awards, the first coming after two incredible victory performances against No. 22 Ohio State University and No. 14 Syracuse University where she only allowed one goal in each game.

Her performance in those two games also awarded her NFHCA Defensive Player of the Week honors.

Her second MAC Player of the Week honor came after only allowing one goal in a loss against No. 9 Liberty, where she had a season and career-high 17 saves.

Fernsler also received the MAC Defensive Player of the Year award, after appearing in 17 games this season. She had 104 saves, only allowing 26 goals. She finished first in the MAC in save percentage with 0.800, and second in the MAC in goals against average with 1.57.

Traditionally, there is a senior game as well as a trophy presentation, however due to COVID-19 those were cancelled. Instead, there was a video presentation (found here).