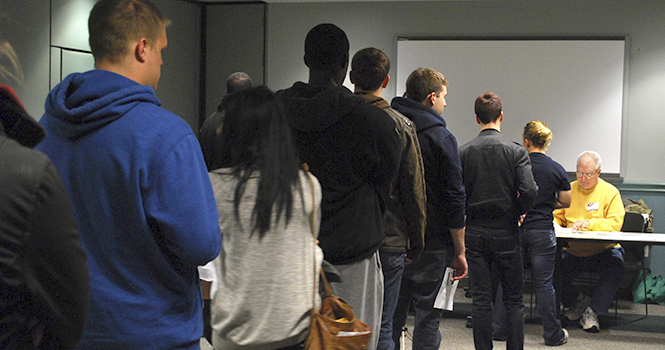 Voters wait in line to recieve their ballots at the Student Recreation and Wellness Center on November 6 2012. Photo by Melanie Nesteruk.