Opinion: Soda vs. pop vs. neither 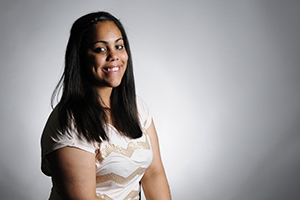 Celia Fernandez is a sophomore news major and columnist for the Daily Kent Stater. Contact her at [email protected]

Soda. Pop. Soda. Pop. On the East Coast, we call the carbonated drink which so many people love soda. People I have encountered here in Ohio call it pop. According to the Merriam-Webster dictionary, soda pop is a sweet drink consisting of soda water and flavorings. The full name of soda really is soda pop, but from what I have experienced, it looks like the East Coast took the first half of the word and the Midwest took the second half.

Whether you call it soda or pop, it still comes down to the fact that it is bad for you. Regular soda contains many calories that can lead to weight gain and, worse than that, can lead to a high level in fasting glucose, which is a precursor to diabetes. Even though some defend drinking soda when it’s diet, it still contains artificial sweeteners, which still contains some sort of sugar or chemicals. In order to not allow the acid in soda from reacting to the metal can, manufacturers add a chemical call bisphenol A, which is known to interfere with hormones.

The first bottle of soda in the United States was created in 1835. Since then, soda manufacturers have been adding phosphates to this carbonated drink. Phosphates are used to give the soda the tangy taste and increase its shelf life. Even though many common food items such as meat, nuts and diary contain phosphates, too much phosphate can lead to heart and kidney problems.

In order to avoid any future serious issues, the American Heart Association recommends consuming no more than 450 calories a week of soda, which is the equivalent of three cans of soda. I know it seems like I am throwing a lot of facts out there, but it’s important to know what is going into our bodies.

In 2004, a study done by Purdue University showed that rats given diet soda containing artificial sweeteners actually showed an increase in appetite. According to the United States Department of Agriculture, 16 percent of calories in a typical American diet come from soft drinks. In the past, having soda was a treat, but now it has become a part of the American culture.

Even though having soda is a part of our culture, it is important to know what risks there are every time you take a sip of that soft drink, whether it’s from a can or a plastic bottle. Soda. Pop. Soda. Pop. At the end of the day, it is all the same thing. Next time you are going to reach for a soda, go looking for water instead; it’s more healthful and doesn’t have any potential side effects.