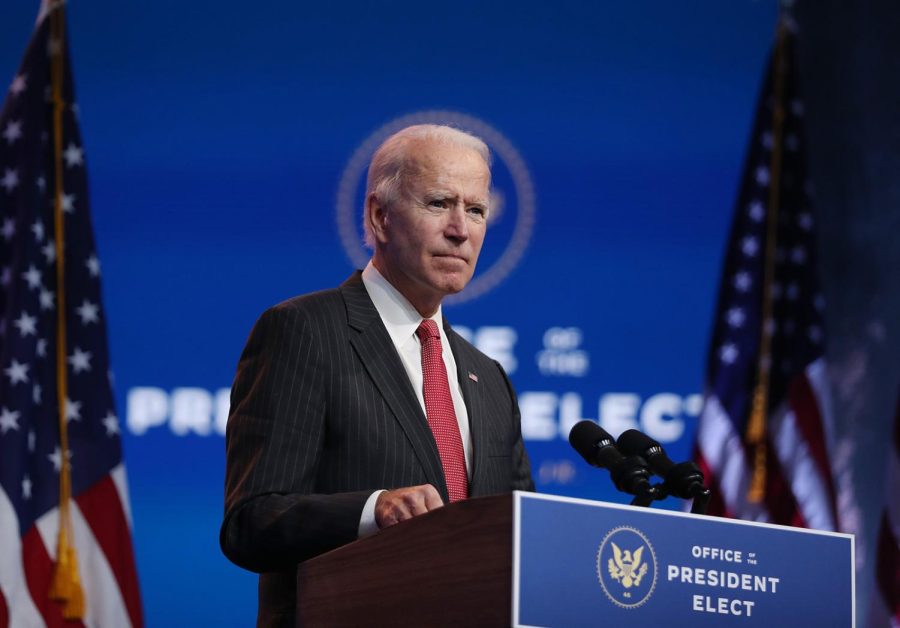 President-elect Joe Biden speaks as he addresses the media after a virtual meeting with the National Governors Association's executive committee at the Queen Theater on November 19, 2020 in Wilmington, Delaware. Mr. Biden and his advisors continue the process of transitioning to the White House.

“I am proud to announce today the first senior White House communications team comprised entirely of women. These qualified, experienced communicators bring diverse perspectives to their work and a shared commitment to building this country back better,” Biden said in a statement.

Karine Jean-Pierre, a senior adviser on the Biden campaign who later served as chief of staff to Harris, will serve as principal deputy press secretary.