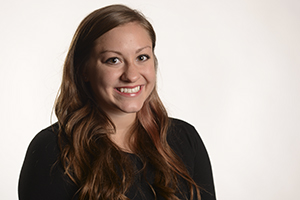 and columnist for the Daily Kent Stater.

Congratulations, you are currently doing what a lot of people don’t: You are reading a newspaper. Be it an actual paper or online, you should be proud of yourself.

A lot of people feel that news journalism is dying out and soon journalists will be out of a job, because a lot of people don’t read newspapers anymore.

Just last week, I had a professor ask the class who is a journalism major. I was the only one in a class of 65 to raise my hand.

He then proceeded to tell me how my major is irrelevant and that it is a dying field because today’s generation doesn’t like to take the time to read a newspaper and only reads the news online.

This is what I don’t understand. Who do you think writes the articles that are posted to online newspapers? Sure, the online newspapers are free, and therefore the journalists don’t get paid for them; their paychecks come via newspaper subscriptions. But who is to say that online newspapers won’t soon charge people for their services?

The listverse.com article “Top Ten Reasons the Newspaper is Dying” by Ryan Thomas gives ten reasons as to why newspapers are irrelevant nowadays, one of which is “the Internet.”

Starting at reason number 10 in the article is “aging audience,” meaning newspapers only target older people.

“Most successful business models aren’t based on a client base that remembers when things used to cost a nickel,” it said. “Not only do newspapers adapt poorly to an Internet model, they also seem to be completely clueless about what appeals to younger demographics.”

This seems like an unfair statement, because many high school and college students still read the news, even if it is mainly online.

Numbers eight and nine on the list go hand in hand, saying newspapers have “no journalism” and “no passion.” Irrelevant and cliché stories are very often in the news, but there are a lot of great writers out there that write hard news stories and witty editorials.

A few other points in the article are impracticality, cost and wastefulness. These are reasonable excuses to get rid of newspapers, but that does not mean journalism is dying, as my professor stated. The world of journalism will just turn to the Internet, which is the No. 1 reason listed in the article.

Thomas is correct in saying the Internet will be the main cause of the death of newspapers, because of the high-speed ability to get news out to the world, but obviously it does not mean the death of journalism, as online newspaper users will most likely start to be charged.

Actual newspapers may become obsolete, but news journalism will always be around, even if it is online.