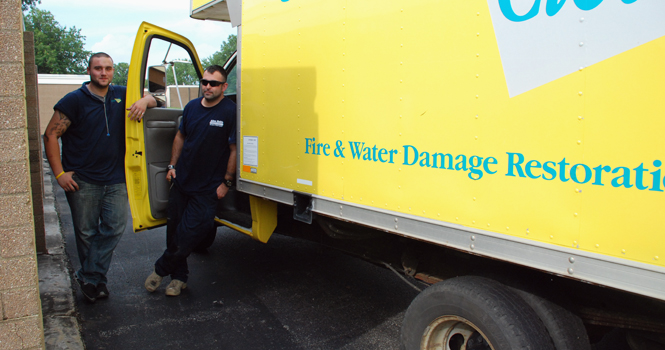 ServiceMaster Clean was called to Whitehall Terrace September 2 to help with water damage in some of the apartments. The majority of the apartments affected had carpet ripped out and fans put in. Photo by Grace Jelinek.

Maintenance workers pumped water and removed carpeting from the apartments early Sunday, Whitehall Terrace manager Shannon Kleinman said. The units will dry for the rest of the day and be re-carpeted early this week. At least one resident temporarily moved into one of the complex’s three empty units. Other affected residents were given the option to move, but their apartments are not unlivable, Kleinman said.

Check back on KentWired.com for more updates.