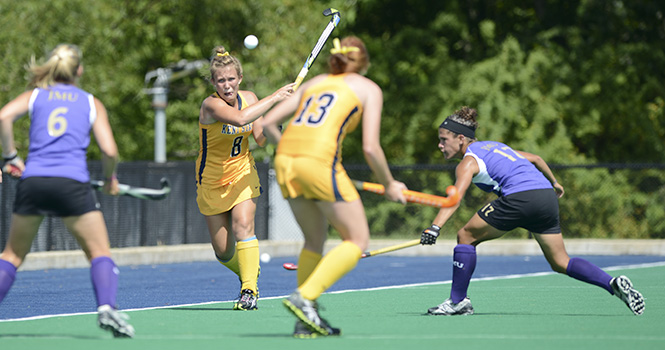 The Kent State field hockey team picked up one win this weekend while on its second east coast road trip of the season.

The team was aided by strong performances from Hannah Faulkner and junior Sabrina Binder gave Kent State an early lead starting the game.

The Flashes were unable to keep the momentum, however, and lost to No. 2 ranked Syracuse University 7-1 Sunday.

Head coach Kathleen Wiler said she was proud of the way the team competed in both games. She described Villanova and Syracuse as “high-quality opponents.”

“Playing against an opponent like Syracuse was a great test. They are a great team, and competing against a team like that will have us well-prepared for the rigors of conference play,” Wiler said. “We’re really looking forward to the start of the MAC season and seeing how far we’ve come since the beginning of the year.”

The next road test for the field hockey team will be at 3 p.m. Wednesday against the Ohio State University.