One party for all– 46th Kent State Folk Festival 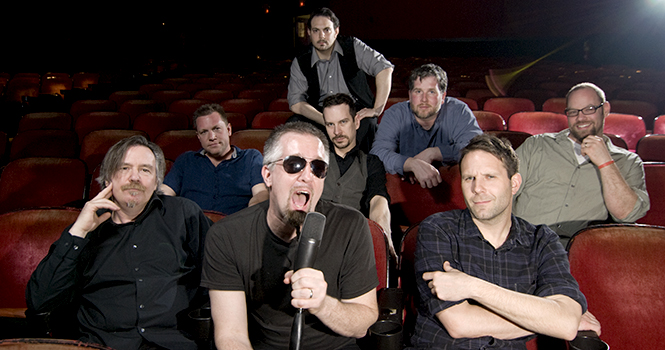 The Twistoffs will perform at 9 p.m. on Friday 21 at Water Street Tavern as part of the 46th Folk Festival in Kent. Photo by Matt Hafley.

Vote Folk is the theme of the 46th Kent State Folk Festival, starting Thursday through Saturday. The Kent Stage hosts a variety of concerts each night with Folk Alley, leading up to the move downtown for the free workshops Saturday.

WKSU Executive Director Al Bartholet said in a press release, “We are really excited about this year’s line-up! The ‘Round Town buzz has already started and having workshops downtown will add even more of a community atmosphere to one of the Kent State Folk Fest’s most beloved events.”

Folk Fest starts off with two main-stage shows at 8 p.m. Friday on Manchester Field. Delhi 2 Dublin brings a “raucous international flavor” to the stage, said Ann VerWiebe, interim director of marketing and public relations for WKSU. The five members of Delhi 2 Dublin bring a mix of Celtic, Bhangra percussion and Asian spice into a high-energy stage performance. This concert is free to the public and is presented in conjunction with Kent State University’s Undergraduate Student Government Programming Board.

Singer/Songwriters John Gorka and Tracy Grammer co-star the opening night showcase at the Kent stage on Main Street. Gorka emerged into the Boston Folk scene in the late 1970s and VerWiebe said he is an “audience favorite.” Grammer rose to fame as the partner of the late singer/songwriter Dave Carter. Grammer continues to interpret his work, releasing songs that have added to his legacy of soul-stirring songs.

On Friday, Folk Alley ‘Round Town fills venues through the streets of Kent with folk, roots and acoustic music from a variety of solo acts to rowdy bands. Bars, clubs, restaurants, churches, shops and other community spaces have committed to providing free of charge performances starting at noon and continuing through the night. Find the ‘Round Town performance schedule at KentStateFolkFestival.org.

This year the free Community Workshops move off campus to downtown Kent. Starting at noon until 5 p.m., hour-long workshops will focus on everything from Russian folk and jug band music to clogging and arranging musical performances. Workshops on the business of being a personal musician will also be available. A schedule map for the workshops is available at KentStateFolkFestival.org.

“I’m so excited to attend the Folk Festival this year! I think it’s great that the Kent community is a part of the festival. I’m mostly looking forward to this year’s performances. I just love the spiritual vibes of old folk music,” said Aminah Musa, freshman visual communication and design major.

The finale on Sunday will feature three legends of Folk music at the Kent Stage. Tom Paxton, the Red Clay Ramblers and John McCutcheon are all veterans to the Kent State Folk Festival, the longest, repeatedly accruing folk festival on a college campus in the U.S., according to VerWiebe.