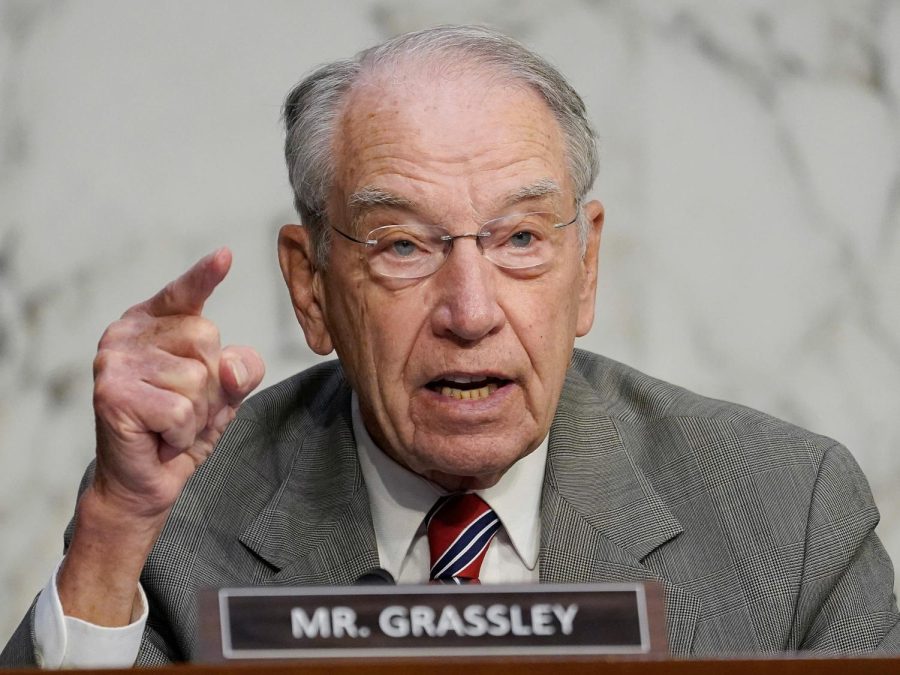 (CNN) — A growing number of GOP senators told CNN on Thursday that Joe Biden should have access to classified briefings, the latest indication that Republicans acknowledge the President-elect is likely on his way to the White House despite President Donald Trump’s refusal to accept the results.

“I would think — especially on classified briefings — answer is yes,” said Sen. Chuck Grassley of Iowa, who as president pro tempore is the most senior Republican in the chamber.

Sen. Lindsey Graham, a close Trump ally who has urged the President over the weekend not to concede and amplified baseless claims of voter fraud, told CNN on Thursday that he thinks Biden should get intelligence briefings starting now.

“Yeah, I think he should,” Graham said when asked about Biden having access to the intelligence briefing. Graham, a South Carolina Republican, said he has not expressed his thoughts with the White House but said, “I hope so,” when asked if he expects Biden to get the briefings soon.

“Well, I think that it probably makes sense to prepare for all contingencies,” Thune said when asked if Biden should get briefings. “And as these election challenges play out in court, I don’t have a problem with, and I think it’s important from a national security standpoint, continuity. And you’ve seen other members suggesting that. I think that makes sense.”

Another influential Republican, Sen. Rob Portman of Ohio, said, “yeah, I don’t think that would hurt,” for Biden to start getting the briefings.

Those comments follow GOP Sen. James Lankford of Oklahoma who made similar remarks Wednesday on a local radio station, and several other Republicans have signaled it’s time to begin the transition process.

The statements from Lankford and Grassley come after Trump has refused to concede the race and blocked his administration from taking any of the administrative steps typically taken in a transfer of power, including allowing the General Services Administration to declare that there is a president-elect — a move that triggers the transition process. While a handful of prominent Republicans have called on their party to recognize Biden’s victory, many of the party’s leaders have shown support for Trump’s baseless claim of voter fraud or remained publicly silent.

Senate Majority Leader Mitch McConnell declined to comment to CNN on Thursday when asked about the comments from Lankford and Grassley. Earlier this week, McConnell said from the Senate floor that Trump was “100% within his rights to look into allegations of irregularities and weigh his legal options.”

When asked by CNN if he agrees with Grassley and Lankford, McCarthy instead cited an earlier quote by Biden himself, saying “access to classified information is useful but I’m not in a position to make any decision on those issues anyway” and that “it’d be nice to have. It’s not critical.”

“I think I got to stand with Joe Biden,” said McCarthy, a Republican from California. “He’s not president right now. I don’t know if he’ll be president on January 20th, but whoever is will get the information.”

Asked if the General Services Administration should sign off on the requisite paperwork, Grassley said that “we ought to do what we did” after the contested 2000 election.

Reminded that the official report on the September 11, 2001 terror attacks warned that the shortened transition period contributed to the lack of preparedness, Grassley responded, “Well, I still would just stick by what I said whatever was done in 2000 ought to be done again.”

Lankford said Wednesday that he will intervene if the Trump administration has not allowed Biden access to presidential daily intelligence briefings by the end of the week.

“There is no loss from him getting the briefings and to be able to do that,” Lankford told radio station KRMG, noting that he sits on a key committee related to government oversight, and that he’s already started engaging on this issue.

Lankford said if no progress is made on the issue by Friday, he will step in and say, “This needs to occur so that regardless of the outcome of the election, whichever way that it goes, people can be ready for that actual task.”

Several other GOP senators have also called for Biden to have access to security briefings. Asked earlier this week if Biden should be allowed to start receiving the Presidential Daily Briefing, Republican Sen. Marco Rubio, the acting chairman of the Senate Intelligence Committee, told reporters: “I don’t think it prejudices the President’s legal claims in any way to begin the transition work just in case.”

This story has been updated with additional developments Thursday.